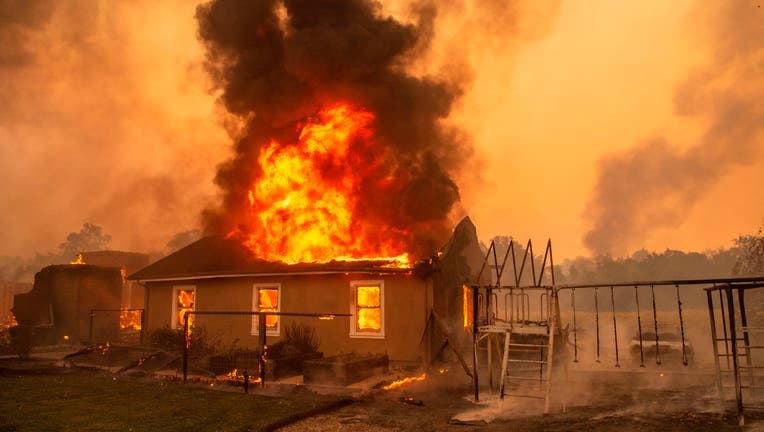 The measure, coming after years of deadly fires causing insurers to turn down more customers, would also require insurance companies to give homeowners financial incentives for fire safety upgrades. Existing homes that meet a new state standard for "fire-hardening" would not be denied coverage under the law.

The industry has resisted previous action to force companies to insure homeowners in high risk areas. Insurers say that devastating and more frequent blazes have jeopardized their profitability and capability to provide coverage.

They likened their proposal to current state law requiring car insurance companies to cover drivers who meet safety criteria. Homeowners and communities that invest in fire resistant buildings ought to be guaranteed coverage, they said.

A state panel including the state fire marshal will set new “fire-hardening” standards under the bill. That will provide guidance for homes and communities on how to make their buildings more fire resistant, and incentives may include tax breaks or loans. Homes that meet the criteria would then be guaranteed coverage or renewal of their insurance policy.

The American Property Casualty Insurance Association and the Personal Insurance Federation of California said in a statement that they want to work on “long-term solutions” but that “we need to avoid legislation that limits consumers' choices or results in unintended consequences that harm Californians.”

Assemblywoman Lorena Gonzalez, who introduced the bill with colleague Monique Limon, said at a news conference she expects opposition from insurance companies. But she believes there is a “broad base of support, both urban and rural, and suburban."

"We have residents in our community who have lived there for generations. Today they're being pushed out by the lack of insurance," said Heidi Hall, a supervisor from Nevada County, which has seen a 38% increase in non-renewals between 2017 and 2018, according to the California Department of Insurance. Seven other counties have also seen at least a 10% increase in non-renewals over those years.

As a last resort, homeowners who can't acquire fire coverage in the private sector can turn to the California Fair Access to Insurance Requirements Plan, a state-mandated program funded by private insurance companies that does not turn away customers. But the plan can be more pricey and only provides fire coverage.

Lara has ordered the FAIR Plan to offer comprehensive home coverage - including policies against thefts and flooding -- by July 2020, but the FAIR Plan Association sued him last December, arguing the order goes beyond what state law requires from the plan.

In December 2019, Lara temporarily banned companies from dropping 800,000 insurance policies in fire-stricken portions of Los Angeles and Riverside counties in Southern California and Sonoma County in the north. The moratorium only lasts for a year.