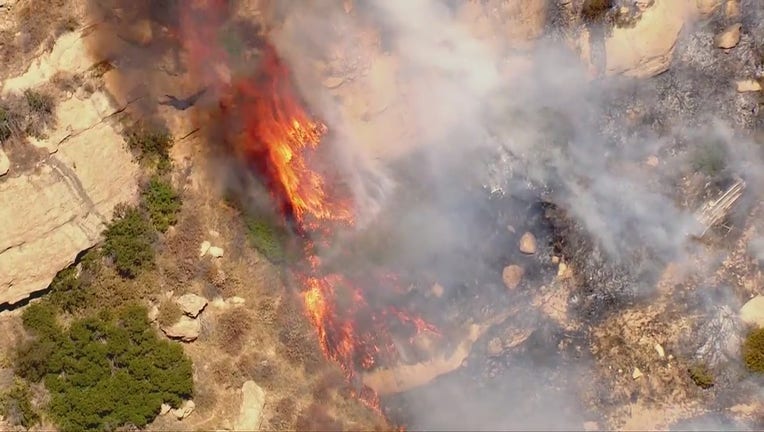 The fire called the "Shirley Fire," threatened multiple homes in the area. It also prompted the closure of Box Canyon Road near Shirley Drive in Canoga Park.

As of 2:15 p.m. Friday, the fire had scorched more than 25 acres and was 0 percent contained. No injuries had been reported, and no structures had been damaged, as of mid-afternoon Friday.

The fire was reported about noon near the 200 block of West Box Canyon Road, according to the Los Angeles Fire Department.

Officials with the Ventura County Fire Department said that the fire is mixed within the rocks making it difficult for firefighters to access the fire's edge. Winds, though moderate, were also helping the fire spread quickly.