A neighborhood in Azusa was evacuated Monday afternoon after police found a cache of illegal fireworks at a home.

AZUSA, Calif. - A neighborhood in Azusa has been evacuated Monday afternoon after police found a cache of illegal fireworks at a home.

The 900 block of W. Hollyvale Street was evacuated around 3:20 p.m. According to authorities, a warrant was served at a home in the neighborhood, when police found a "large amount of illegal fireworks."

The Los Angeles Sheriff's Department's Bomb Squad is on the scene.

SUGGESTED: Traffic reopens at LAX after reports of suspicious vehicle

Azusa Police estimate that the area will be closed for at least five hours. Anyone displaced by the evacuation center will be able to stay at the cooling center at Memorial Park until the evacuation order is lifted. 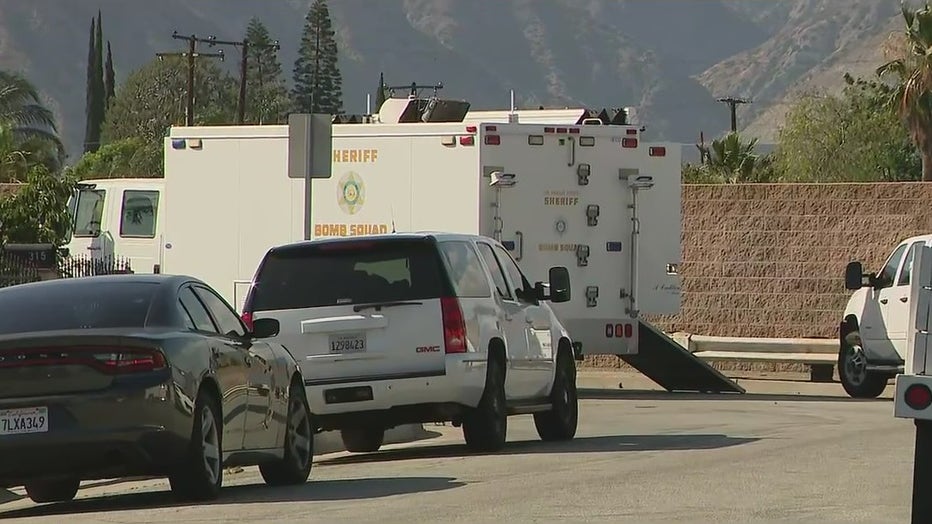