The father of Athena Strand, the Wise County girl who authorities say was killed by a contracted Fedex driver earlier this month, has filed a lawsuit against Tanner Horner, the man accused of killing her, along with FedEx and the contractor that hired Horner.

WISE COUNTY, Texas - The father of Athena Strand, the Wise County girl who authorities say was killed by a contracted Fedex driver earlier this month, has filed a lawsuit against Tanner Horner, the man accused of killing her, along with FedEx and the contractor that hired Horner.

Nearly a week after the 7-year-old was laid to rest, Jacob Strand filed the suit in Wise County against Horner, Big Topspin Inc., and FedEx. He is seeking more than $1 million in damages and a jury trial.

The lawsuit accuses FedEx and the Dallas contractor for FedEx that employed Horner of negligence by hiring Horner, claiming they failed to implement safety policies and procedures.

The address for Big Topspin listed in the arrest affidavit and public records is a home in Dallas, near Addison.

When a FOX 4 crew knocked on the door, a woman identified herself as the wife of Big Topspin's owner.

She said they hope to put out a statement soon, but for now, they have been advised to not comment. 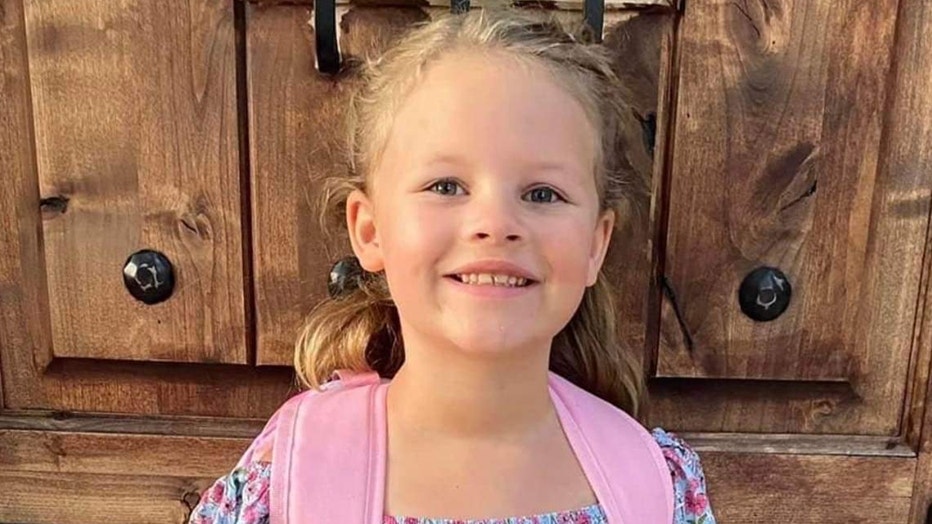 According to an arrest affidavit, Horner confessed to accidentally hitting Strand with his van after delivering a package at her home in Wise County.

Athena's mom said the package Horner delivered was a box of Barbie dolls, a Christmas gift for her daughter.

The court document also said he admitted to kidnapping and strangling the girl because he was afraid she was going to tell her father that he hit her with the van.

The Wise County sheriff has told FOX News he plans to seek the death penalty for the murder of 7-year-old Athena Strand. Police documents released Thursday detail the suspect’s confession.

Authorities said Horner directed investigators to CR 4668 in Boyd, where he dumped her body in the water. The area is now marked with pink balloons, which is Strand's favorite color.

Strand was found dead on Dec. 2, two days after she was reported missing from the home.

Last week, Strand’s mother, Maitlyn Gandy, and her attorney held a press conference announcing they planned to conduct an independent investigation into what FedEx’s responsibility might be and anyone else involved.

The attorney said they're also considering a lawsuit.

"I was robbed of watching her grow up by a man that everyone was supposed to be able to trust to do one simple task, deliver Christmas packages and leave," Gandy said. "The joy Athena gave her family and the joy she felt at Christmas is something we will never feel with her again."