BLAINE, Wash. - Beekeepers are fretting about a deadly threat from Asia.

Deadly hornets from Asia that measure up to 2 inches long have been found for the first time in the U.S., with researchers worried that the insects are colonizing, the New York Post reported Saturday.

The “murder hornets,” as the aggressive insects are known, can wipe out bee colonies within hours and have stingers long and powerful enough to puncture beekeeping suits, according to the paper.

In Japan, the hornets kill up to 50 people a year, according to The New York Times.

In the state of Washington, beekeepers have already seen the hornets devastate their hives, according to the paper. 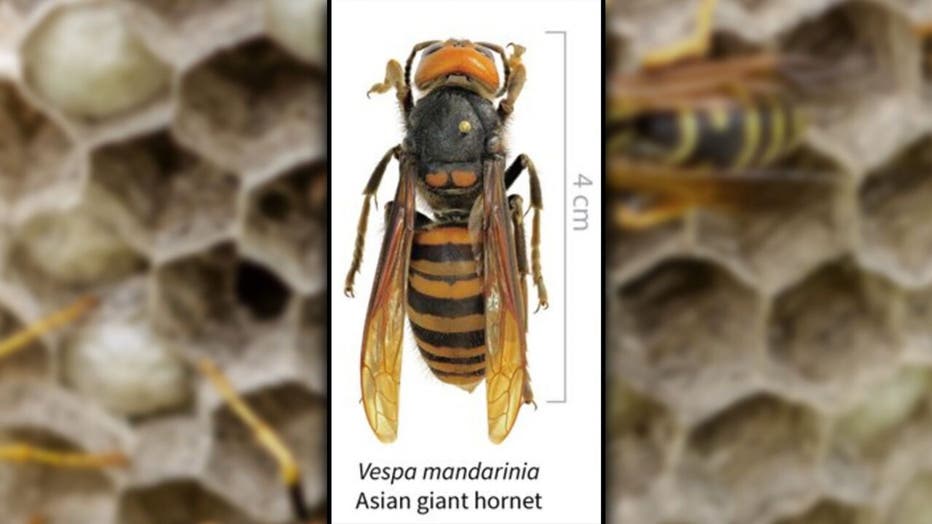 The invasive Asian giant hornet has been sited in Washington state for the first time in the U.S. (Washington State Department of Agriculture)

The hornet has a distinctive look, with a cartoonishly fierce face featuring teardrop eyes like Spider-Man, orange and black stripes that extend down its body like a tiger and broad, wispy wings like a small dragonfly, The Times reported.

“This is our window to keep it from establishing,” Washington state entomologist Chris Looney told The Times. “If we can’t do it in the next couple of years, it probably can’t be done.”

The Bellingham Herald in Washington reported Saturday that the State Department received and verified four reports of Asian giant hornets near Blaine and Bellingham in December 2019.

Those were the first sightings of the hornets in Washington state and the U.S.

Members of the Mt. Baker Beekeepers Association have put up traps and are monitoring them as part of the state’s efforts to find and kill the invasive pests, the paper reported.

The hornet dwarfs other winged insects, making the yellow-head bumblebee, bald-faced hornet and western yellowjacket seem small in comparison, and even when compared to the burly bumblebee, according to the Herald.