American Airlines is banning one of its passengers who allegedly assaulted a flight attendant on a flight bound for John Wayne Airport in Orange County.

LOS ANGELES - American Airlines is banning one of its passengers who allegedly assaulted a flight attendant on a flight bound for John Wayne Airport in Orange County.

The incident occurred about halfway through Flight 976 from John F. Kennedy International Airport on Wednesday night as the plane was headed to Southern California.

The plane landed safely in Denver at 6:38 p.m. Mountain time, according to FlightAware. The attacker was arrested.

American Airlines said in a statement that it is working with local law enforcement and the FBI to hold the suspect passenger accountable.

American Airlines is banning one of its passengers after a violent incident took place on board.

"This behavior must stop, and aggressive enforcement and prosecution of the law is the best deterrent," American Airlines said in a statement, in part.

A photo of the detained suspect sitting in a chair at the airport in Denver was shared by Mackenzie Rose. He reportedly assaulted the flight attendant over his refusal to wear a mask. 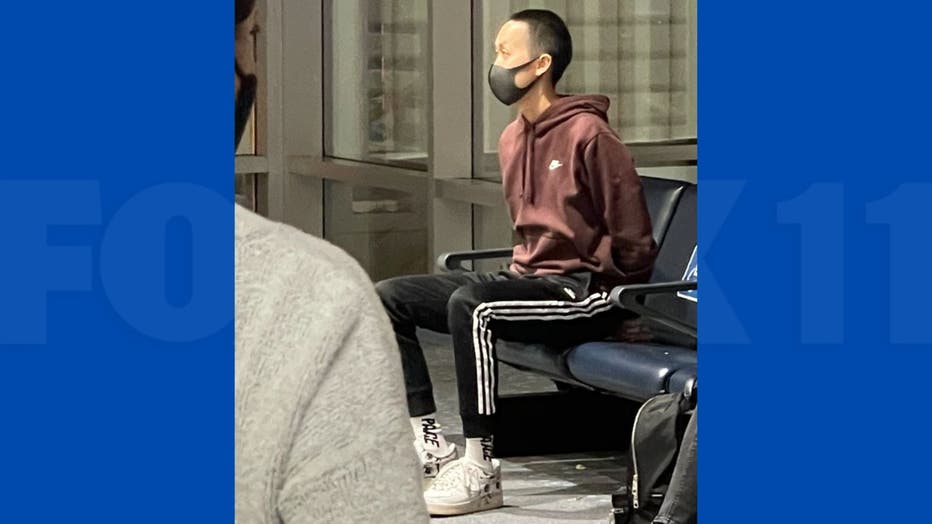 The incident prompted the pilot to divert the flight to Denver International Airport. SkyFOX was over John Wayne Airport late Wednesday night when the plane eventually made its way to Orange County. 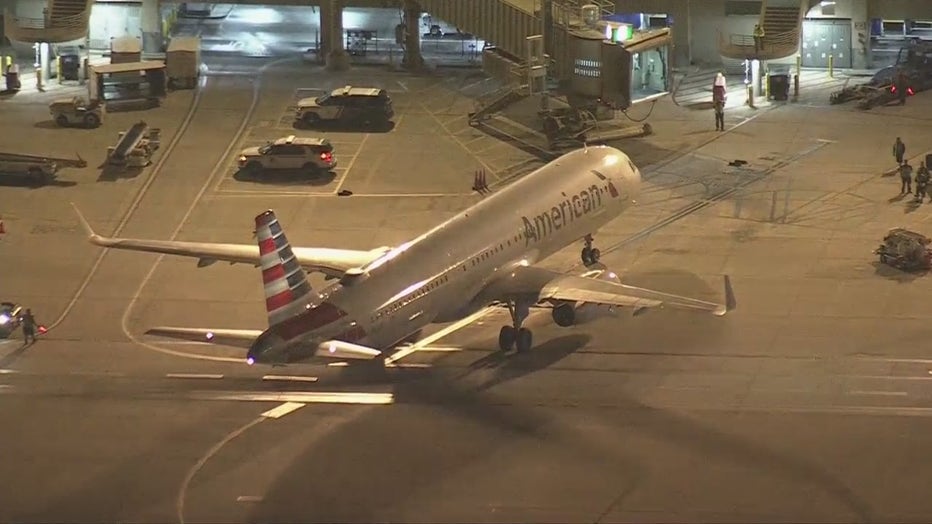 Below is a full statement released by American Airlines:

"We are outraged by the reports of what took place on board. Acts of violence against our team members will not be tolerated by American Airlines. We have engaged local law enforcement and the FBI and we are working with them to ensure they have all the information they need. The individual involved in this incident will never be allowed to travel with American Airlines in the future, but we will not be satisfied until he has been prosecuted to the full extent of the law. This behavior must stop, and aggressive enforcement and prosecution of the law is the best deterrent.

We thank our crew for their quick action and professionalism to ensure the safety of their fellow team members and customers on board. Our thoughts are with our injured flight attendant and ensuring that she and her fellow crew members have the support they need at this time."

Airlines reported seeing a spike in bad behavior among people flying despite a zero-tolerance policy, with 1,300 reports of unruly passengers made from February to this past May, said the Federal Aviation Administration.