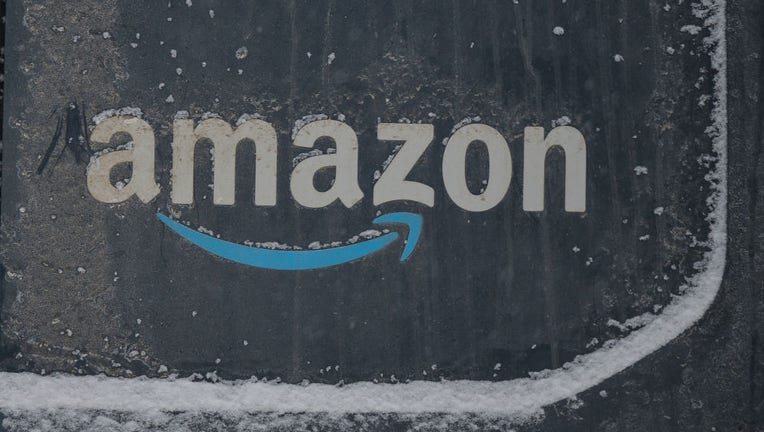 FILE - Amazon logo is seen on a delivery truck partially covered with snow on January 7, 2022, in Edmonton, Alberta, Canada. (Photo by Artur Widak/NurPhoto via Getty Images)

Amazon is extending its promotion that allows customers to send their delivery drivers a $5 tip after "extraordinary participation" following its initial rollout earlier this month.

The "thank my driver" program allows customers to use Alexa-enabled devices like Echo or Echo Show, as well as Amazon’s mobile app, to tip their most recent delivery driver. Any time a customer says, "Alexa, Thank My Driver" from an Alexa-enabled device, the driver receives the $5 tip.

Amazon first launched the tipping program on Dec. 7 but ended it after just one day when it received more than 1 million "thank my driver" requests — hitting the promotional goal quicker than expected.

An Amazon delivery driver came to the rescue of a 19-year-old and her dog as the two were being attacked by a larger dog in Las Vegas, Nevada, on Dec. 13. (Credit: Michael Ray via Storyful)

Amazon said in a previous statement that the five drivers who had received the most "thank-yous" during the promo will receive a $10,000 bonus and an additional $10,000 to be donated to the charity of their choice.

In extending the program, Amazon said it will give another round of 1 million $5 tips.

"After extraordinary participation by the community, starting December 21, we are extending the ‘Alexa, Thank My Driver’ $5 appreciation program by an additional 1 million ‘thank yous,’" Amazon said Wednesday. "Drivers will receive a notification of when the $5 promotion has ended."

The initial "thank my driver" program was launched the same day a lawsuit was announced by Washington, D.C., Attorney General Karl Racine against Amazon, alleging that the e-commerce giant stole tips from delivery drivers over the course of several years in order to subsidize its own labor expenses.

Amazon spokesperson Maria Boschetti told FOX Business that "this lawsuit involves a practice we changed three years ago and is without merit."

Boschetti also said that all the customer tips at issue were already paid to drivers as part of a settlement last year with the Federal Trade Commission when the company agreed to pay nearly $62 million.

This story was reported from Cincinnati. FOX Business contributed.