Vicky White dead, Casey White back in custody after going on the run from Alabama to Indiana

Vicky White, the Alabama corrections officer who scandalized the country by allegedly walking a murder suspect and convicted felon out of the Lauderdale County Jail last month, has died. She was 56.

FLORENCE, Ala. - Vicky White, the Alabama corrections officer who scandalized the country by allegedly walking a murder suspect and convicted felon out of the Lauderdale County Jail last month, has died. She was 56.

After spending 11 days on the run, traveling north from Florence, Alabama up to Evansville, Indiana, a U.S. Marshals Fugitive Task Force caught up with White and the convict, Casey Cole White, kicking off a high-speed chase that ended in a car wreck.

Facing arrest, she shot herself in the head, according to Vanderburgh County Sheriff Dave Wedding, whose deputies assisted the Marshals in the chase. She was hospitalized in serious condition and succumbed to her wounds Monday evening.

She died just after 7 p.m. CT at Deaconess Hospital, he said. An autopsy was scheduled for Tuesday.

In the days leading up to the brazen escape, which jailhouse surveillance cameras recorded around 9:30 a.m. on the day Vicky White was supposed to retire, she sold her four-acre property for $95,000, and used a fake name to buy a getaway car. She withdrew tens of thousands of dollars from the bank and also picked up guns, men’s clothing and other supplies.

Then on the morning of April 29, she walked Casey White out of the jail, put him in her marked police vehicle and took off after claiming she was taking the inmate to the county courthouse for a mental health evaluation. To buy herself more time, she told colleagues she was going to see her doctor afterward because she felt ill.

Instead, according to Lauderdale County Sheriff Rick Singleton, she drove to a parking lot where she’d stashed a copper-colored, 2007 Ford Edge SUV, purchased in cash, to use as a getaway car.

White and White then traveled north, abandoning cars in Tennessee and Indiana.

Investigators are working to determine if a vehicle discovered in Evansville, Indiana, is linked to the Alabama prison escapee and fugitive prison guard who fled from an Alabama jail late last month.

Authorities found the Ford abandoned in Spring Hill, Tennessee. And on May 3, a car wash owner in Evansville, Indiana, reported a possible sighting

Surveillance images show a tall man, later identified as Casey White, at the self-serve car wash with a dark blue Ford F-150 pickup. Marshals recovered that vehicle Monday. Later that same day, they caught up with White and White, who by then were using a gray Cadillac.

"It’s hard to believe that they’ve been here that many days, but we were lucky that we stumbled upon them today," Sheriff Wedding said Monday.

Vicky White had served as a corrections officer for nearly 17 years. She was a former employee of the year at the jail and for months had been telling colleagues she planned to retire to the beach. Despite a 1991 divorce, she remained close with her ex-husband until his death earlier this year.

Her involvement in a jailbreak shocked colleagues, who remembered her as diligent and dedicated to her job.

"Everybody thought she was gonna retire," Singleton said during a May 2 news briefing. "Nobody saw this coming."

On that day, authorities announced a warrant on charges she aided Casey White’s escape, even as the sheriff was still hopeful that her alleged assistance may have been coerced.

"To do it willingly would be so out of character for the Vicky White we all know," he said. 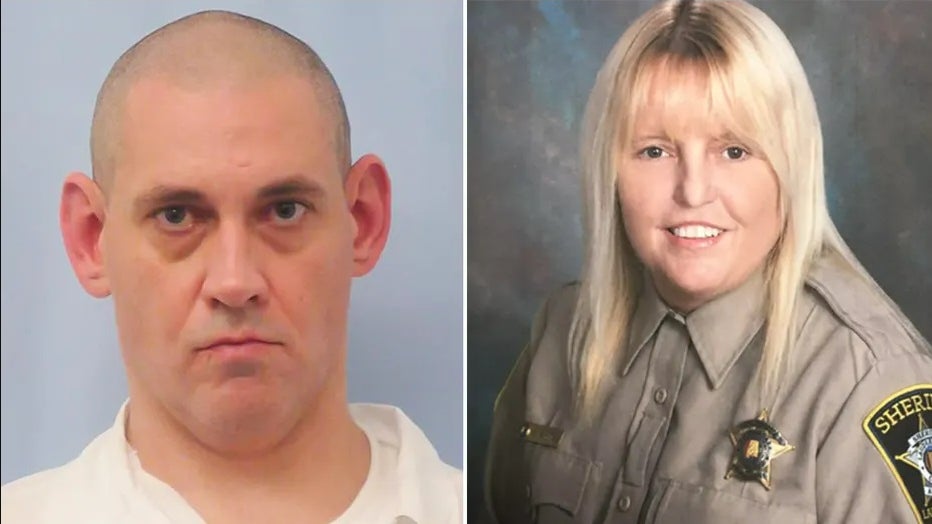 But ultimately, authorities would charge her with additional crimes before the Indiana car chase – fraud and forgery for allegedly using a fake name to buy the Ford SUV.

As for Casey White, who found freedom for 11 days, he could eventually face the death penalty

"He probably saw it as a sabbatical," said Seth Ferranti, a former federal fugitive and now an author and filmmaker. "She had to have been in it for love."

The recaptured fugitive was serving a 75-year sentence in connection with a violent crime spree that involved shooting at multiple individuals, wounding one and killing a dog, as well as convictions on kidnapping, attempted murder and carjacking charges.

While in prison for those crimes, investigators say he confessed to the 2015 murder of Connie Ridgeway, a 58-year-old woman stabbed to death in her own home.

"We hoped and prayed for the best possible outcome, and this isn't it," Ridgeway's son, Austin Williams, told Fox News Digital. "Our hearts go out to Vicky White's family and friends.

The confession saw him transferred from state prison to the county jail for his arraignment in 2020. He returned to county custody earlier this year for the murder trial, which was slated to begin next month.

But behind the scenes, he and the facility’s former assistant director of corrections, Vicky White, had allegedly been in cahoots, involved in what Singleton described as a "special relationship" and "jailhouse romance" and maintaining contact over the phone for two years.

"He is never going to see the light of day again," Singleton said.