New calculations show the global carbon dioxide emissions plunged 7% in 2020 because of the pandemic lockdowns.

LONDON (AP) - A British coroner ruled Wednesday that excessive air pollution from traffic fumes contributed to the death of a 9-year-old girl who died of a fatal asthma attack. The girl is believed to be the first person in the U.K. to have air pollution listed as the cause of death on their death certificate.

Ella Kissi-Debrah, who lived close to one of London’s busiest thoroughfares, died in February 2013 after making almost 30 hospital visits over the previous three years. Her mother has long fought to have the role of air pollution in her daughter’s death recognized.

Coroner Philip Barlow said Wednesday after a two-week hearing that he concluded Ella “died of asthma, contributed to by exposure to excessive air pollution.” 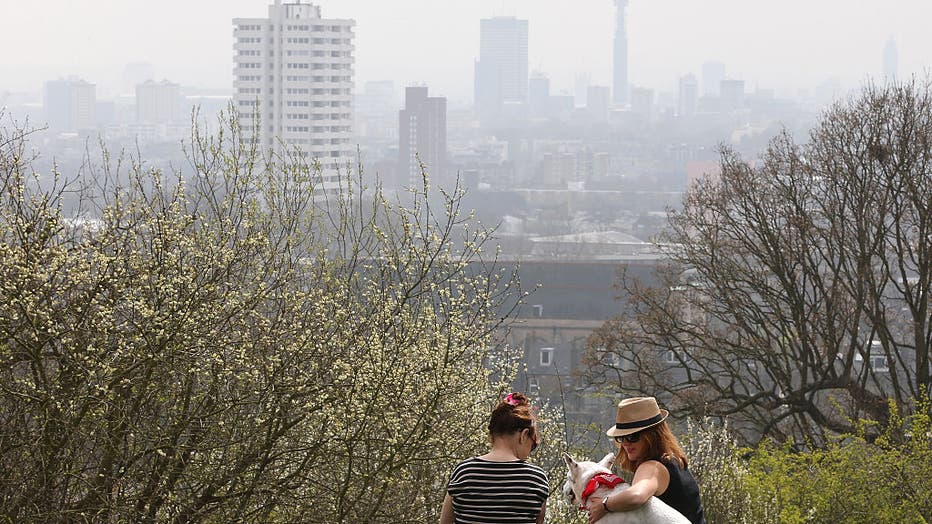 “Air pollution was a significant contributory factor to both the induction and exacerbations of her asthma,” he said, adding that in the three years before her death, the girl was exposed to levels of nitrogen dioxide and particulate matter that exceeded World Health Organization guidelines.

“The principal source of her exposure was traffic emissions,” Barlow said, adding there was a failure to reduce the pollutants to within the limits set by European Union and U.K. law.

London Mayor Sadiq Khan said that the coroner’s conclusion was a “landmark moment.” The inquest highlighted the importance of implementing policies such as expanding a low emission zone to inner London, he said.