The victim in a shooting during an after-prom party in San Bernardino has been identified as 20-year-old Allen Gresham Jr.

SAN BERNARDINO, Calif. - One person was killed and eight others injured during a shooting in San Bernardino Friday night.

Officers with the San Bernardino Police Department responded to a shopping plaza at the 3600 block of E. Highland Avenue just before midnight.

When officers arrived on scene, they were confronted by a large, hostile crowd, according to officials. Additional assistance was requested from the sheriff's department to help control the "crowds' aggressive behavior toward officers."

The victim, identified as 20-year-old Allen Gresham Jr. of San Bernardino, was found dead from a gunshot wound in the parking lot. 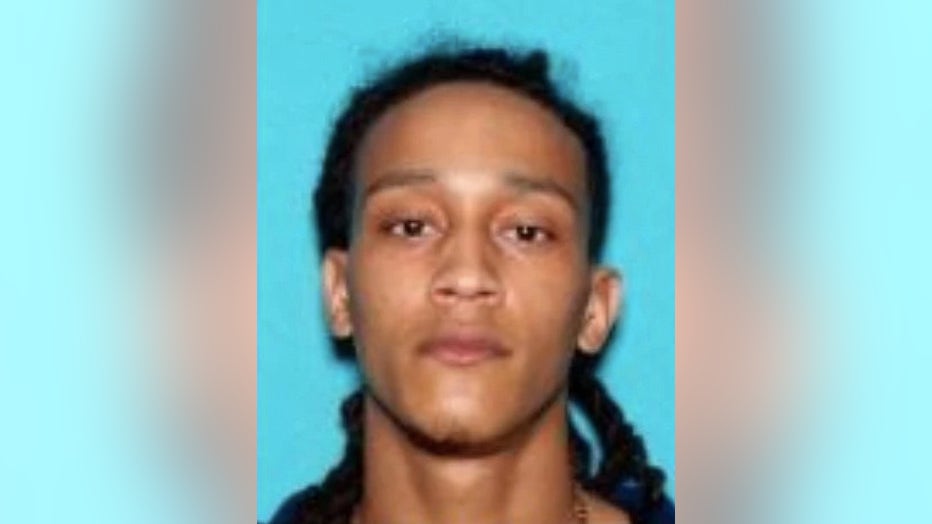 His family told FOX 11 that they believe he was an innocent bystander who was caught in the middle of a crossfire.

According to authorities, 8 other victims were shot and suffered non-life-threatening injuries.

One of the victims was as young as 10-years-old and another was 12-years-old. Many of those people transported themselves to the hospital.

"I hear pop, pop, pop. The oldest one got into the front seat, the other victim I had in my car was scrunched down into the bottom part. But the blood right here is from my child that was shot in the thigh," said the grandmother of one of the victims.

Officials said an altercation between at least two people happened inside the unregulated event being held illegally at THA Blu Flame Lounge.

During the altercation, shots were fired and the shooting moved to the parking lot, authorities said.

Surveillance footage from a nearby 7-Eleven shows the girls asking for help before being taken to the hospital.

Witnesses and some family members say the victims were attending an after-prom party at the Blue Flame Lounge.

"I heard more gunshots and then we all got up, started trying to get underneath each other to not get hit," said witness Lamiyah Ramos.

Two people were detained, one of whom was in possession of a loaded stolen gun, and the other suspect on outstanding warrants.

According to officials, the lounge "whose illegal activities led to the shooting" will be shut down.