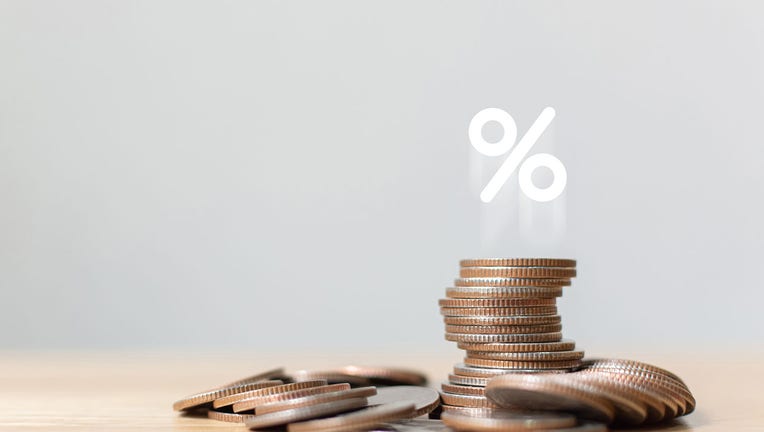 The Federal Reserve could increase interest rates as soon as 2022. Homeowners can refinance now before rates increase. (iStock)

Despite most experts predicting that the Federal Reserve will raise interest rates as soon as 2023, an improving jobs market and rising inflation is leading the president of one Federal Reserve bank to believe it should happen sooner, which would create an uptick on mortgage and refinance rates.

Raphael Bostic, president of the Federal Reserve Bank of Atlanta, said that he projects the next interest rate hike "to late 2022," and based his opinion on "upside surprises in recent data points." He also said that rising prices are not going away anytime soon, adding that it may now take about six to nine months for prices to come back down as inflation continues to rise.

Currently, the Federal Reserve is holding the federal funds rate at a targeted 0% to 0.25%, keeping interest rates that follow it – like rates on home loans, student loans, credit cards and personal loans – low. This has caused a spur in lending activity, particularly with mortgage refinances. The 30-year fixed-rate mortgage has continued to hover near the 3% mark, according to Freddie Mac.

To see what interest rate you could get on a mortgage refinance before refinance rates increase, visit Credible and compare multiple mortgage lenders at once.

Current targets set inflation growth for 2021 at 7%, well-above the Fed’s targeted rate of 2%. The federal funds rate, which indirectly affects mortgage interest rates, is currently set at 0% in an attempt to spur activity during the recession. This has kept mortgage rates – as well as rates on student loans, personal loans, credit cards and more – at record lows.

As recently as the end of 2020, 12 of the Fed’s 18 voting members said that interest rates would need to remain at their current levels until at least 2024. Currently, the majority of Fed members are now predicting at least two rate hikes in 2023. At a recent virtual event hosted recently by The Atlantic, Treasury Secretary and former Federal Reserve Chair Janet Yellen said interest rates may need to rise to slow the rate of inflation and keep the economy from overheating.

While there are still not enough voting members predicting a rate hike in 2022 to make it a reality, more Fed members are changing their predictions to start the first increase sooner as economic data improves, making an earlier rate hike more of a possibility.

Visit Credible to look at your refinance options before interest rates increase to compare rates and get prequalified in minutes.