For some parts of the world, January's first full moon will be accompanied by a penumbral lunar eclipse.

CINCINNATI - Stargazers may want to look up and howl at the first full moon of 2020.

The so-called “Full Wolf Moon,” which rises Jan. 10, will also coincide with a penumbral lunar eclipse that will be visible to some looking skyward — depending on where you live in the world, according to the Farmer’s Almanac.

January’s full moon will reach peak fullness, meaning 100 percent of its face will be illuminated, at 2:21 p.m. ET, but it will not appear in the sky until later that day, according to the publication. 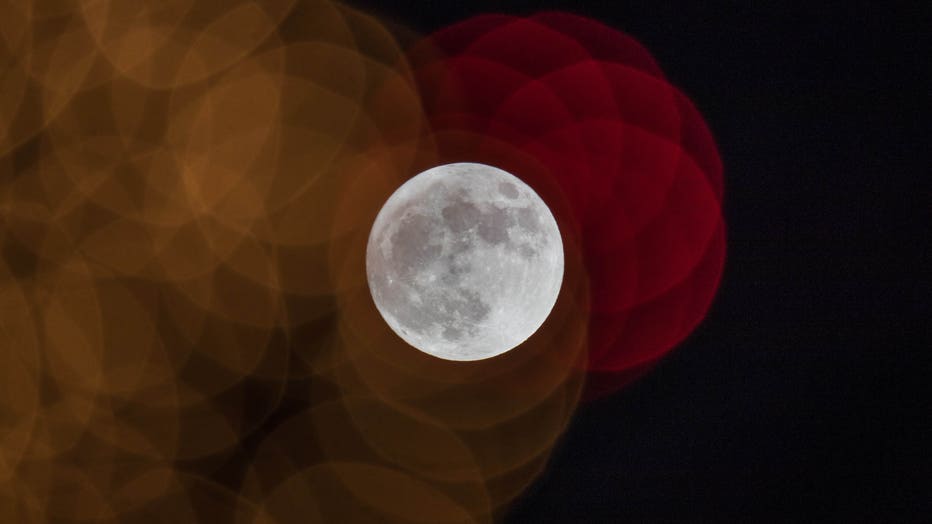 Friday’s full moon will be the first of 13 this year.

Other traditional names for the January moon include: “Cold Moon,” “Old Moon” and “Great Spirit Moon.”

For those seeking the best view, look for the full moon rising from the horizon around sunset. The Farmer’s Almanac also has local moonrise times for the best view based on your location on its website.

Many observers across the world should also be able to see the penumbral lunar eclipse, including those in Asia, Australia, Africa and Europe, according to Accuweather. In North America, it will only be visible to those in Alaska, eastern Maine, Greenland and parts of northern and eastern Canada.

A penumbral lunar eclipse occurs when the moon enters into Earth’s penumbra, or outer shadow. According to the Farmer’s Almanac, this is not a dramatic sight like a total lunar eclipse — but instead, the moon appears “marginally darker than usual.”