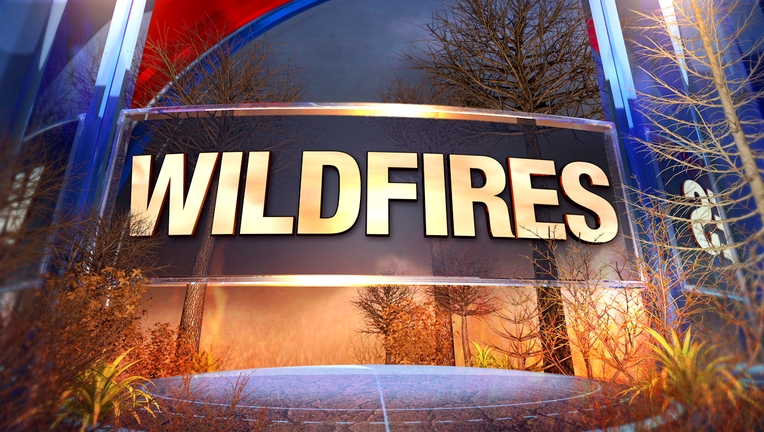 Officials said that three outbuildings and two vehicles were destroyed by the fire and numerous other structures were threatened. The extent of the damage was not immediately known.

Firefighters in the area were battling winds of upwards of 60 mph.