A mysterious monolith found in a remote area of Utah went missing just a few days after its discovery. The Bureau of Land Management said a person or group reportedly removed it.

UTAH - After being discovered on Wednesday, Nov. 25, a monolith found in a remote area of Utah is being reported as missing by visitors just a few days later.

The structure, estimated at between 10 feet and 12 feet high, was found by state wildlife employees counting sheep from a helicopter.

Authorities said the mysterious object was installed in the ground in a remote area of red rock with "no obvious indication" of who might have put it there, according to a press release from the Utah Department of Public Safety. 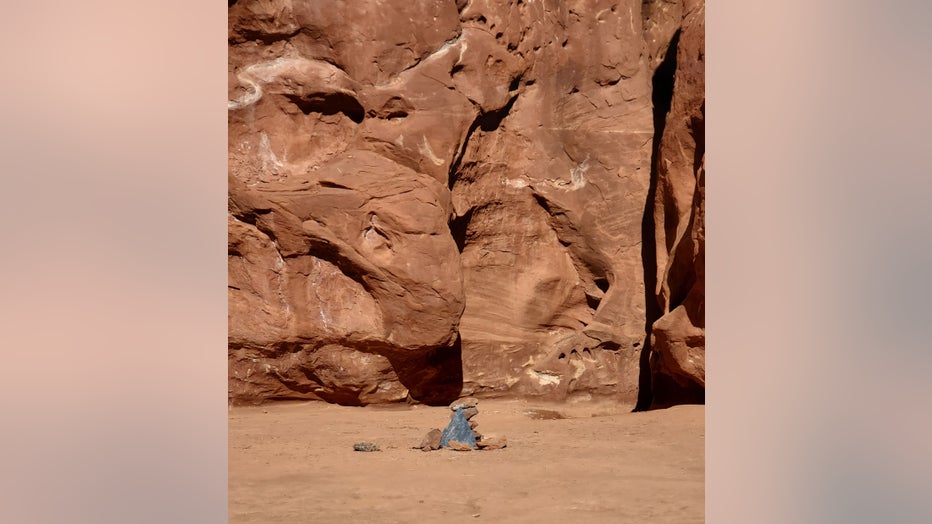 On Nov. 28, the Bureau of Land Management commented on the disappearance saying, "We have received credible reports that the illegally installed structure, referred to as the 'monolith' has been removed from Bureau of Land Management (BLM) public lands by an unknown party. The BLM did not remove the structure which is considered private property. We do not investigate crimes involving private property which are handled by the local sheriff’s office. The structure has received international and national attention and we received reports that a person or group removed it on the evening of Nov. 27.”

This story was reported on from Phoenix, Arizona. 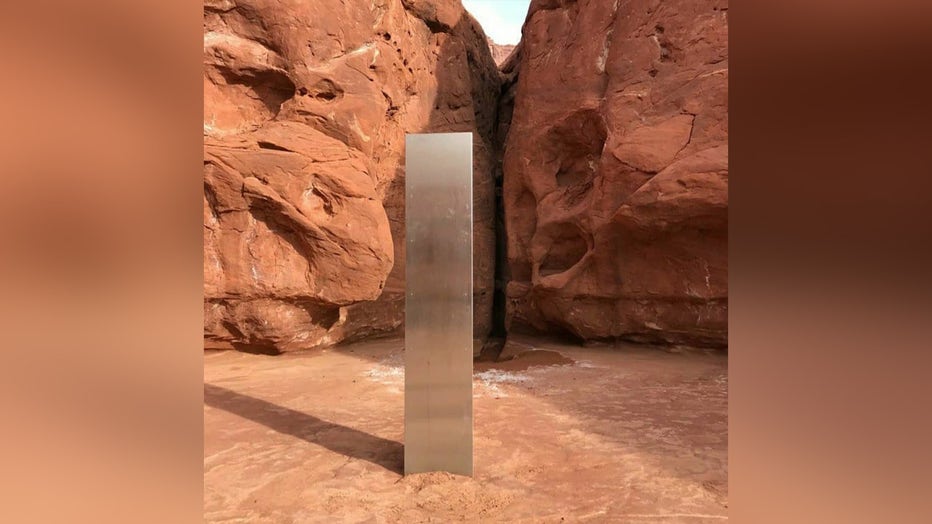 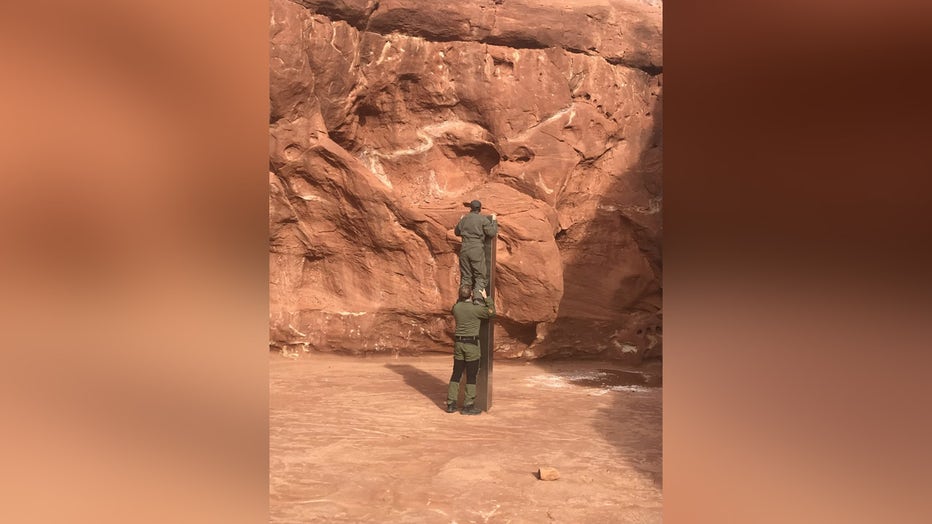 Photos after its disappearance: 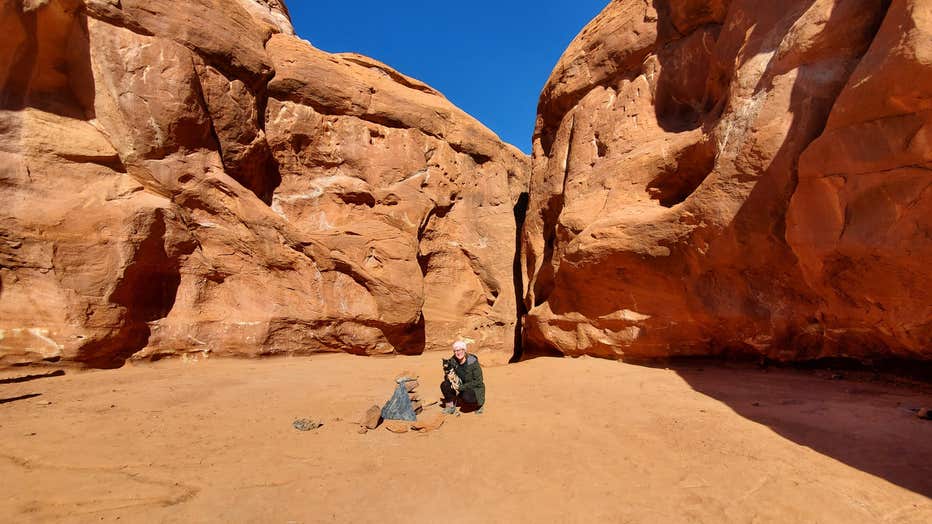