An Airbus Beluga, one of the world's largest planes, was hit by lighting moments after taking off from Hawarden Airport in Flintshire, U.K. (Credit: Glenn Smethurst via Storyful)

UNITED KINGDOM - One of the world’s largest aircraft, the Airbus Beluga XL5, was hit by lightning while taking off from Hawarden Airport in Flintshire, North Wales, on Tuesday.

A dramatic dashcam video captured the moment when the plane was struck by the bolt. 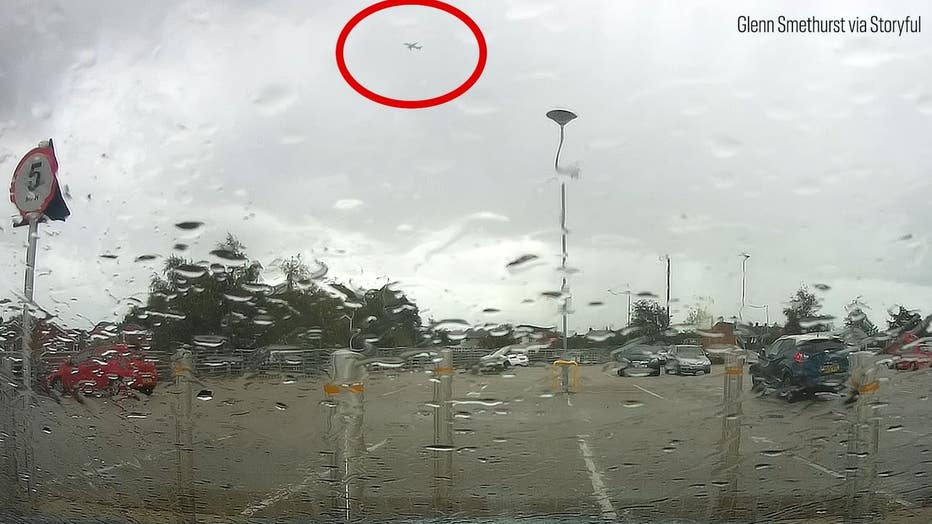 Dashcam video captured the moment when the plane was struck by the bolt. (Glenn Smethurst via Storyful)

According to North Wales Live, the aircraft was en route to Hamburg, Germany, before being hit. The flight was able to continue toward its destination as normal.

"This is a routine event in aviation and the aircraft continued on its journey to Hamburg as planned. In accordance with standard operating procedure, the aircraft will be inspected before its next flight," a spokesperson at Airbus told FOX Television Stations.

This story was reported from Los Angeles. Storyful contributed.