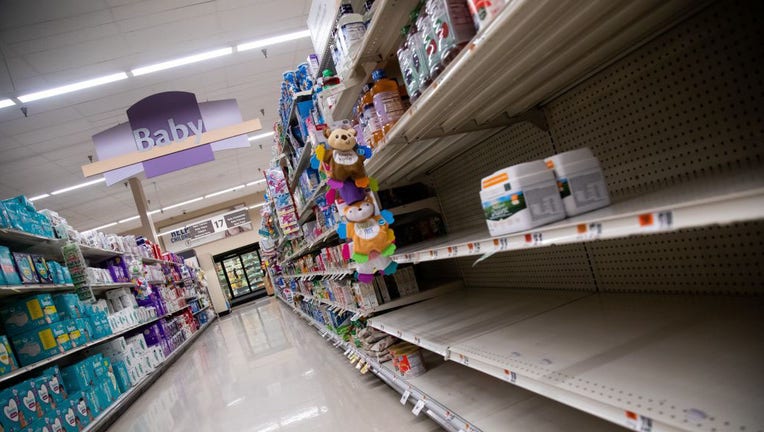 FILE - Shelves are empty at a grocery store during a baby formula shortage in the Brooklyn borough of New York, the United States, on May 24, 2022. (Photo by Michael Nagle/Xinhua via Getty Images)

During a Thursday media event at Nestle's U.S. headquarters in Virginia, he said that Gerber added market share as it produced formula to meet the surging demand.

The Gerber Products Company, which makes the Good Start line of infant formulas, now has a market share of roughly mid-9%.

Prior to the shortage, its market share was around 8.5%.

"We need the marketplace to rebalance," Malkani said, noting that Gerber had "pruned" novelty infant formula to focus on those most needed.

The company also flew in supplies from Europe to the U.S. under the White House's Operation Formula Fly.

In August, Walmart – the largest retailer in the country – said the availability of formula was improving.

Target also said it has seen supplies improve, although saying it was still rationing the product online and in stores.

Parents struggle to find formula for babies with allergies

While many American parents struggle to find infant formula, health experts say the problem has been exacerbated for parents with babies who require a specific formula due to allergies.

Millions of babies in the U.S. rely on formula, which is the only source of nutrition recommended for infants who aren’t exclusively breastfed.

COVID-19 pandemic-related supply chain issues were exacerbated when Abbot Nutrition, the largest producer of baby formula in the U.S., recalled some formula and closed a Michigan manufacturing plant earlier in the year.