LANCASTER, Calif. - A $20,000 reward is now being offered for information about two separate cold cases in the Antelope Valley area, Los Angeles County Supervisor Kathryn Barger announced Tuesday. Authorities are searching for answers in the case of a 2017 double murder in Lancaster, and a 2020 disappearance in Palmdale.

On Sept. 30, 2017 18-year-old Andrew Chavez and his girlfriend, 19-year-old Clotee Reyes, were shot outside a residence in the 43000 block of 6th Street E in Lancaster. According to authorities, the couple was leaving a birthday party for a friend of theirs, and were talking with friends outside. Shortly before 2 a.m., a black sedan drove by and shots were fired into the crowd, hitting and killing both Chavez and Reyes. The Los Angeles County Sheriff's Department says they believe there may be witnesses who were there that night who may have seen the shooter or shooters. 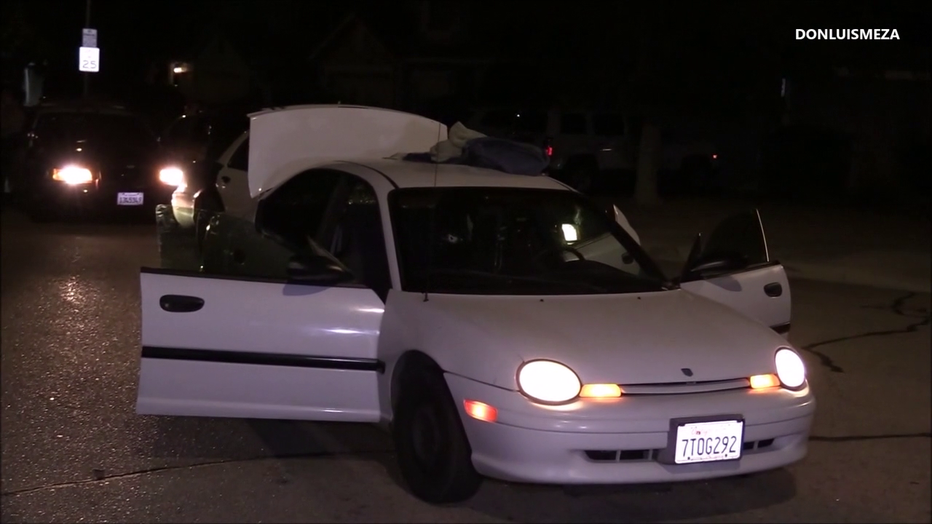 Images from the scene of the 2017 double murder of Andrew Chavez and Clotee Reyes.

A separate reward is being offered for information into the disappearance of 27-year-old Gloria Huerta from Palmdale. Huerta was reported missing on Aug. 3, 2020, last seen on the 14700 block of East Avenue Q-14. LASD investigators say they believe some altercation happened on the property where Huerta was staying in her trailer, and suspect foul play was involved." Huerta's trailer — described as a 15-20-foot long white trailer with no markings and a door near the back — is also missing.

"We need the public’s assistance to find the perpetrators responsible for these unsolved cases in the Antelope Valley," Barger said in a press release. "There are families, friends, and loved ones who have unanswered questions and deserve closure. I’m hopeful that these rewards will encourage the public’s cooperation to provide long overdue justice."