A semi-truck carrying bottles of wine overturned in Winston-Salem, North Carolina, on November 8, causing boxes of wine bottles to spill over northbound lanes of US-421, the Winston-Salem Police Department said. (Credit: City of Winston-Salem via Storyful)

Sylmar - A tractor-trailer carrying dozens of boxes of wine turned over, littering the highway with broken glass and liquids in North Carolina on Monday.

Video captured the aftermath of the accident as boxes, shattered green glass and red labels could be seen strewn about the roadway.

The truck was traveling northbound on U.S.-421 in Winston-Salem, North Carolina when it tipped over, according to the police department.

The driver of the truck suffered minor injuries, but did not seek medical attention, according to a bulletin sent to FOX TV Stations by the Winston-Salem Police Department. 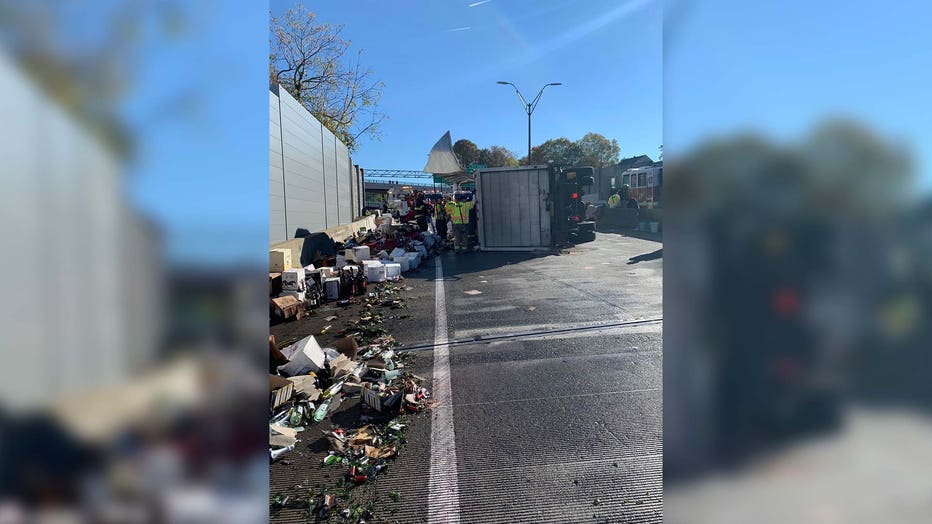 This photo shows the aftermath of a semi-truck tipping over on a North Carolina highway. 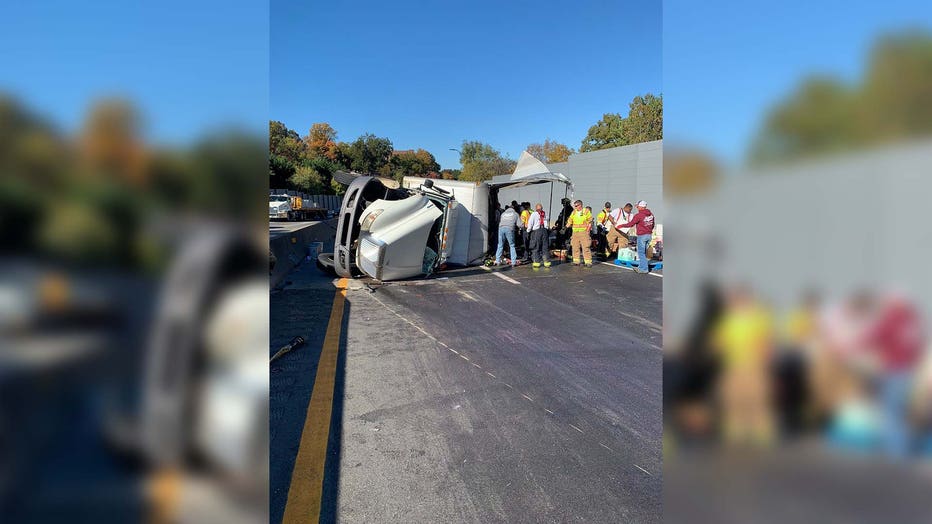 A photo showing a tractor trailer tipped over on an N.C. highway.  (City of Winston-Salem via Storyful)

No other vehicles were involved in the accident.

Traffic was diverted and the road was closed for several hours as crews worked to clean the debris. 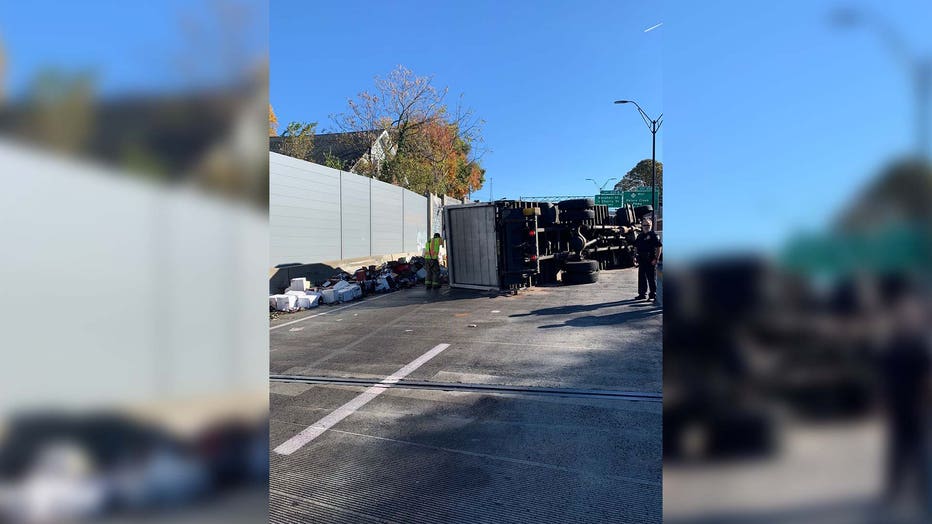 A photos shows the aftermath of a tractor trailer carrying cases of wine, tipped over on an N.C. highway. (City of Winston-Salem via Storyful)