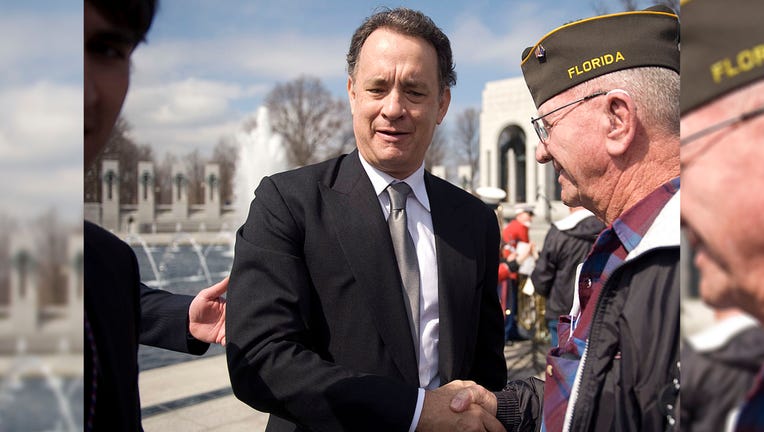 FILE - Actor and producer Tom Hanks, greets a World War II veteran after a tribute to honor WW II vets that served in the Pacific Theater, March 11, 2010. The event was held at the World War II Memorial on the Mall and coincided with the HBO miniseri

Tom Hanks, the Academy Award-winning actor who has portrayed and highlighted various armed service members throughout his filmmaking career, has launched a coffee line of products designed to support U.S. veterans and their families.

The company, called Hanx, offers ground coffee, coffee pods, and instant coffee stick products, made from coffee beans roasted in Arkansas and California. Beyond operational upkeep and necessary business expenses, 100% of the Hanx profits go to several organizations that provide support to veterans.

"We saw Hanx as a way to support Veterans and military families, as 100% of the profits go to organizations that have proven to be of great aid to those who have served our country," Hanks, 66, said in a statement. "Good products for good reason."

The first partnerships named include the Bob Woodruff Foundation, a nonprofit launched by reporter Bob Woodruff who was wounded by a roadside bomb while covering the war in Iraq. The foundation offers services geared toward veterans to help with suicide prevention, mental health, caregiver support, and food insecurity.

US Armed Forces: Quick history of the 6 military branches

The U.S. military is made up of the Army, Marine Corps, Navy, Air Force, Space Force, and Coast Guard. Here's a quick look at each service branch and its creation.

Hanks famously starred in Steven Spielberg’s "Saving Private Ryan" as U.S. Army Rangers Captain John Miller. Regarded as one of the greatest films of the 1990s, the World War II movie powerfully depicts the D-Day invasion and the search through war-torn France to bring back a soldier.

Director Steven Spielberg and actor Tom Hanks listen as a man points with a walkie-talkie on the set of the film, 'Saving Private Ryan,' 1998. (Photo by Paramount Pictures/Fotos International/Getty Images)

Hanks also created and co-produced HBO’s "Band of Brothers" miniseries, which dramatizes the remarkable achievements of "Easy" Company, an elite team of U.S. paratroopers across Europe during World War II. Hanks later served as co-producer of another HBO miniseries "The Pacific," which focuses on the U.S. Marine Corps' actions in the brutal Pacific theater during WWII.

Beyond Oscars for "Philadelphia" and "Forrest Gump" and a Presidential Medal of Freedom, Hanks has received numerous awards throughout his career — including one for his work in supporting military members. 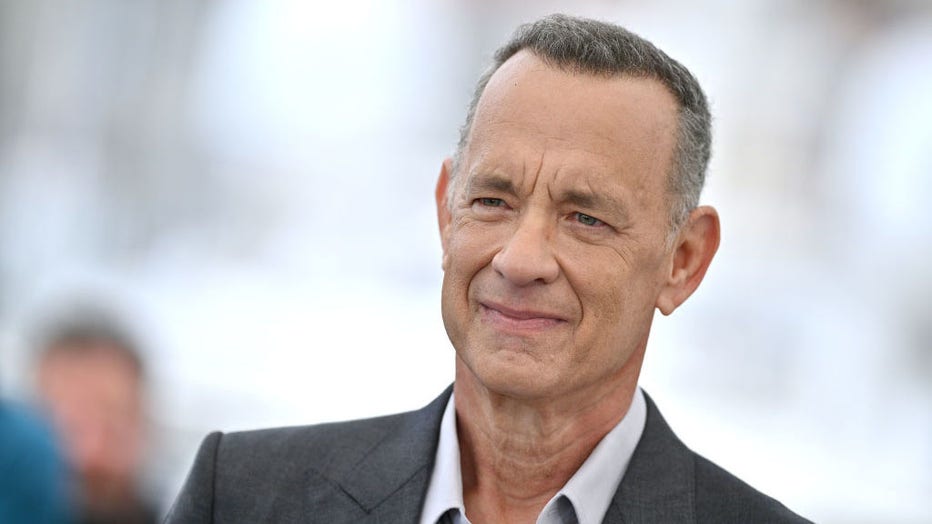 FILE - Tom Hanks attends the photo call for "Elvis" during the 75th annual Cannes film festival at Palais des Festivals on May 26, 2022 in Cannes, France. (Photo by Lionel Hahn/Getty Images)