WASHINGTON - Steve Bannon, a longtime ally of former President Donald Trump, was sentenced Friday to serve four months behind bars after defying a subpoena from the House committee investigating the Jan. 6 insurrection at the U.S. Capitol.

The judge allowed Bannon to stay free pending appeal and also imposed a fine of $6,500 as part of the sentence. Bannon was convicted in July of two counts of contempt of Congress: one for refusing to sit for a deposition and the other for refusing to provide documents.

U.S. District Judge Carl Nichols handed down the sentence after saying the law was clear that contempt of Congress is subject to a mandatory minimum sentence of at least one month behind bars. Bannon’s lawyers had argued the judge could’ve sentenced him to probation instead. Prosecutors had asked for Bannon to be sent to jail for six months. 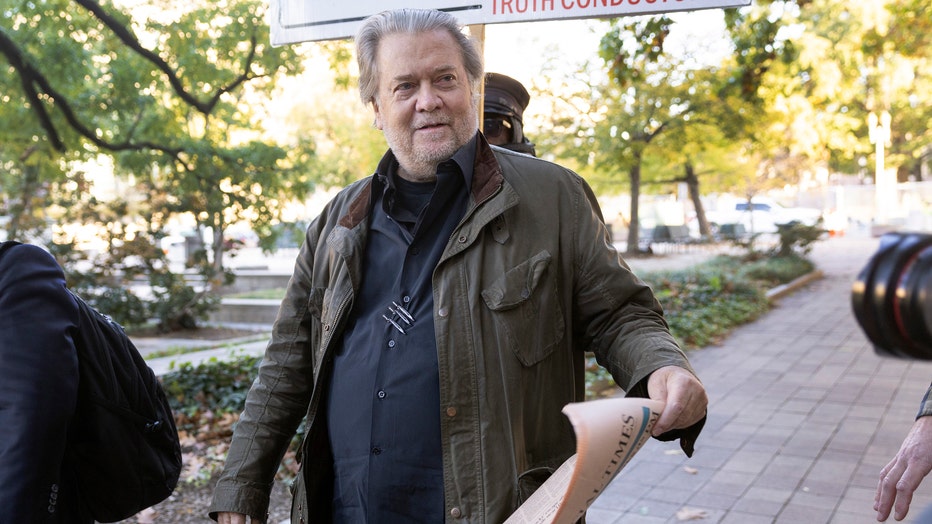 The House panel had sought Bannon’s testimony over his involvement in Trump’s efforts to overturn the 2020 presidential election. Bannon has yet to testify or provide any documents to the committee, prosecutors wrote.

Steve Bannon, a longtime ally of former President Donald Trump, was convicted Friday of contempt charges for defying a congressional subpoena from the House committee investigating the Jan. 6 insurrection at the U.S. Capitol. Committee leaders called the verdict "a victory for the rule of law." Bannon, 68, was convicted after a four-day trial in federal court on two counts: one for refusing to appear for a deposition and the other for refusing to provide documents in response to the committee’s subpoena. The jury of 8 men and 4 women deliberated just under three hours. He faces up to two years in federal prison when he’s sentenced on Oct. 21. Each count carries a minimum sentence of 30 days in jail.

Prosecutors argued Bannon, 68, deserved the longer sentence because he had pursued a "bad faith strategy" and his public statements disparaging the committee itself made it clear he wanted to undermine their effort to get to the bottom of the violent attack and keep anything like it from happening again.