LOS ANGELES - The cruise company Royal Caribbean International announced the unveiling of its $250 million private island in the Bahamas that features the tallest waterslide in North America.

The island is called Perfect Day at CocoCay, which is the first in the cruise line's new Perfect Day Island Collection of private destinations around the world, the company said.

"Royal Caribbean is the proven leader when it comes to pushing the envelope in cruise ship design and the experiences offered at sea," Michael Bayley, President and CEO of Royal Caribbean International, said in a press release. 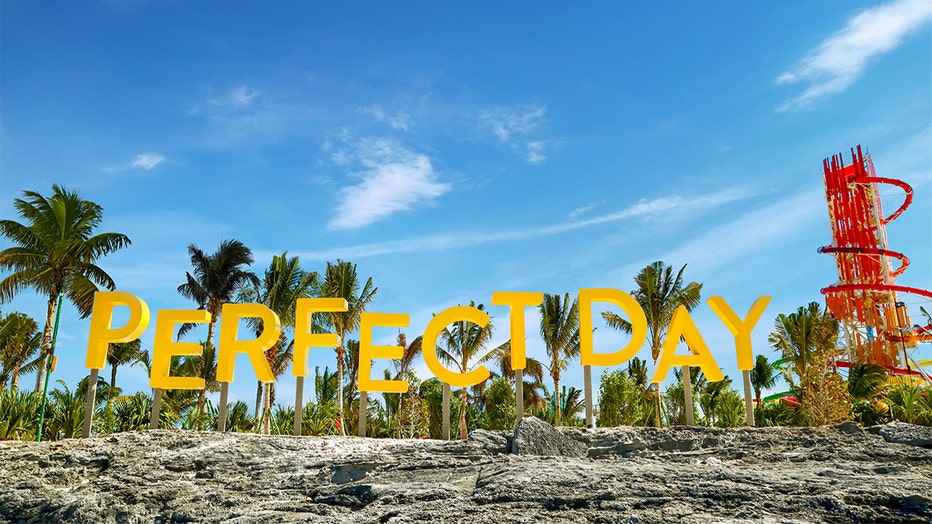 Perfect Day at CocoCay is the first in the cruise line's new Perfect Day Island Collection of private destinations around the world. (Photo: Royal Caribbean International)

Perfect Day has rolled out in phases, beginning in January with the completion of its pier, while the majority of its attractions launched Monday, the company said. 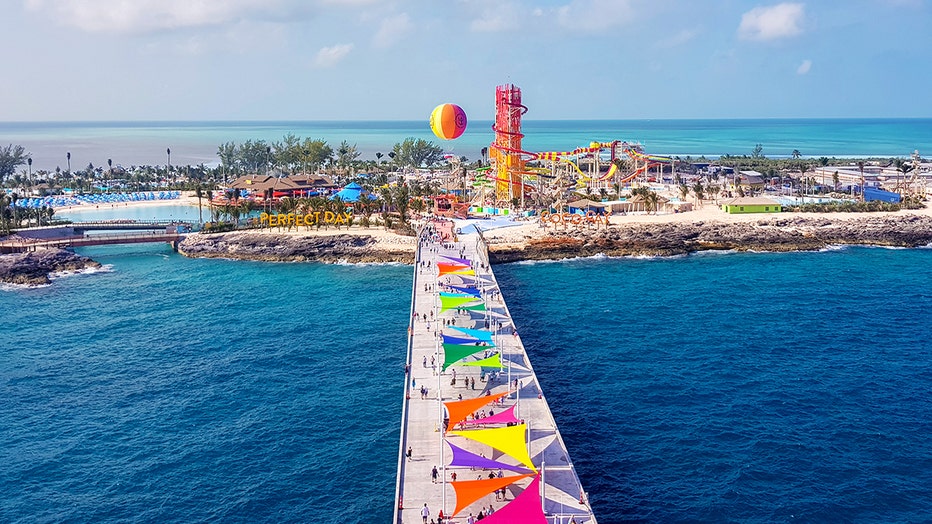 On Up, Up and Away, a colorful helium balloon floats up to 450 feet above the island, taking guests to the highest vantage point in the Bahamas, the cruise line said. Perfect Day also boasts the Oasis Lagoon, which the cruise line said is the largest freshwater pool in the Caribbean.

Lastly, the Coco Beach Club is among the final experiences to be completed at the private island and is set to open in December, the cruise line said. The beach club will feature the first over-water cabanas in the Bahamas. There will also be a 2,600-plus square-foot infinity pool. 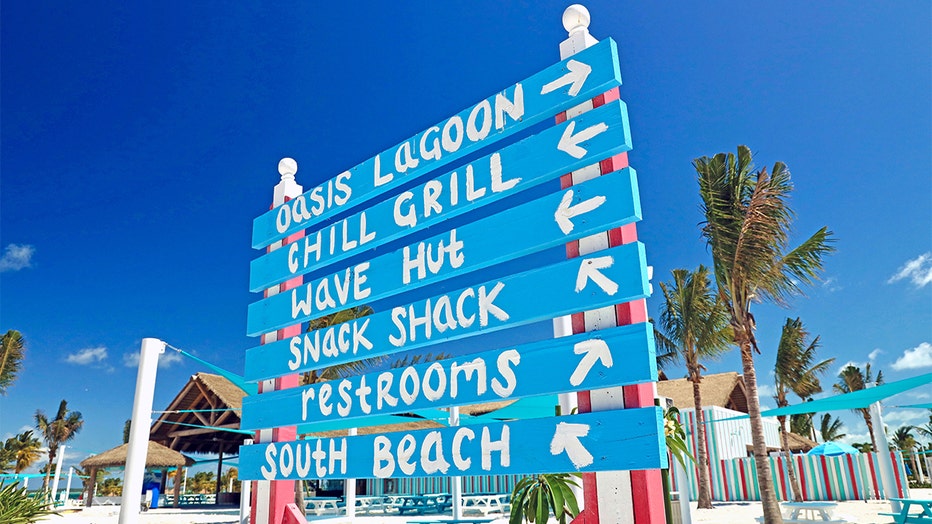 The Coco Beach Club is among the final experiences to be completed at the private island. (Photo: Royal Caribbean International)

Perfect Day, which had a grand opening celebration over the weekend, is open exclusively to Royal Caribbean guests.

"With Perfect Day at CocoCay, we are so proud to bring our 50-year legacy of innovation ashore to transform an incredible island that now completely revolutionizes private destinations in the vacation industry," Bayley said. "It is exciting to see what we have dreamed up finally come to life; our guests truly are in for an experience unlike any other."