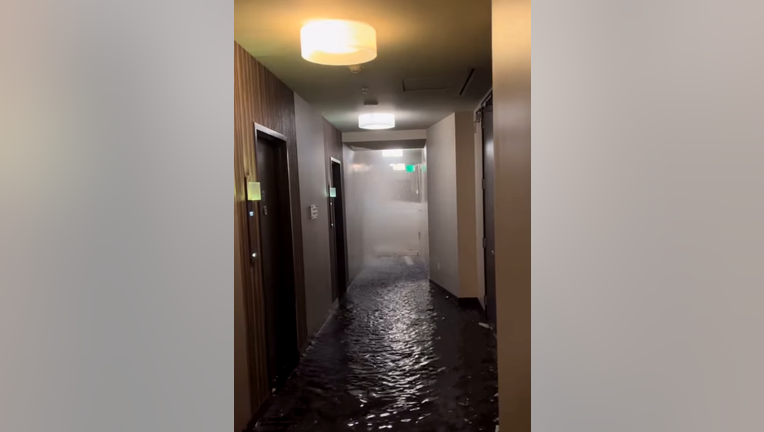 Water floods into the hallway of the 11th floor at 100 Van Ness in San Francisco.

The flood happened in the early morning hours of Tuesday, Oct. 11. According to police, a high pressured fire hose valve used by firefighters to connect to the building's water supply, was opened by a resident of the building, 46-year-old Michael Nien. 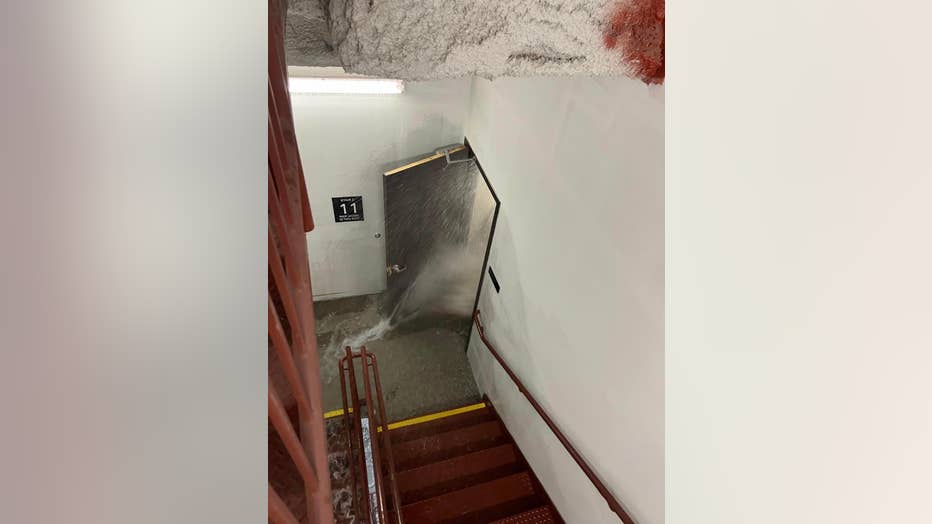 Water gushes into a stair well at 100 Van Ness in San Francisco.

The high pressure stream blasted right through the walls of the 11th floor and sent water flowing down to the lobby. The District attorney's office charged Nien with felony vandalism and resisting arrest.

According to residents who attended Nien's first hearing, he bit one officer and threw urine in the face of another. The San Francisco Fire Department, who responded to the initial call, and Nien's attorney said Nien was experiencing a mental health crisis at the time he opened the valve.

Residents who attended the hearing say The Emerald Fund, the owners of 100 Van Ness, claimed the damage Nien caused will cost an estimated $20 million.

In the days following the flood residents were left without a working elevator, some had to climb 29 flights of stairs for days. According to residents, as of October 23, just one elevator is working, but they say it is still unreliable. Some who live in the building have been staying in hotels paid for by the Emerald Fund.

Nien was denied bail by the judge and will undergo a pretrial mental health assessment. Nien's preliminary hearing was set for Oct. 27 at 9:00 a.m.