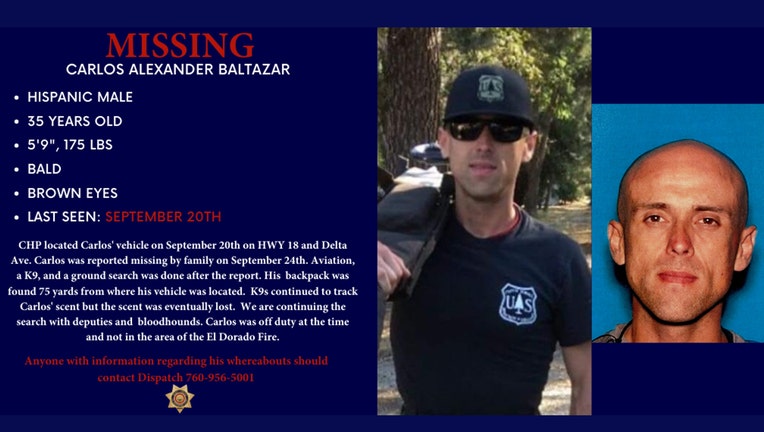 SAN BERNARDINO, Calif. - New information was released Monday regarding the search for a missing California firefighter.

Big Bear Hotshot Carlos Alexander Baltazar has not been seen since Sept. 20, according to the San Bernardino County Sheriff's Department. He was reported missing by his family on Sept. 24.

Investigators initially said his car was found abandoned on Hwy 18 near Delta Avenue by the California Highway Patrol on Sept. 20. His fire backpack was found about 75 yards away from where his vehicle was located.

On Sept. 28, authorities released an updating statement saying that Baltazar may have been picked up near his vehicle on Hwy 18 by someone driving a Subaru.

Carlos was off duty at the time and not in the area of the El Dorado Fire, officials said.