Crenshaw High School was placed on lockdown after a fight involving more than 100 students took place on campus Wednesday, according to school police.

LOS ANGELES - Crenshaw High School was placed on lockdown after a fight involving more than 100 students took place on campus Wednesday, according to school police.

Officials with the Los Angeles School Police Department said the incident, an alleged fight, occurred before 10 a.m. that they were contacted by the school's administration to assist with the situation. At one point, one person was taken to a hospital for breathing problems.

Once LA school police officers arrived, they were able to restore order and remain on campus to monitor the situation. The school will remain on lockdown for the day and will have a modified dismissal for students. 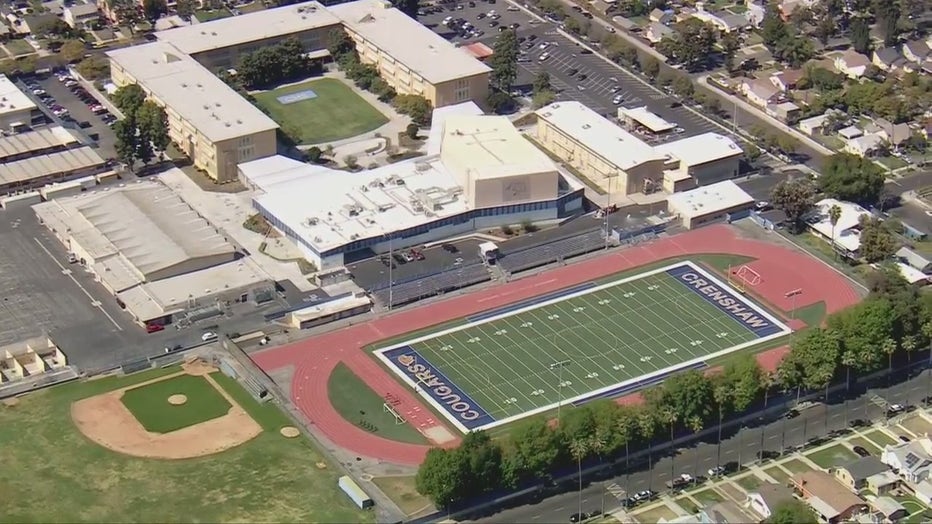 No arrests were made in the incident.