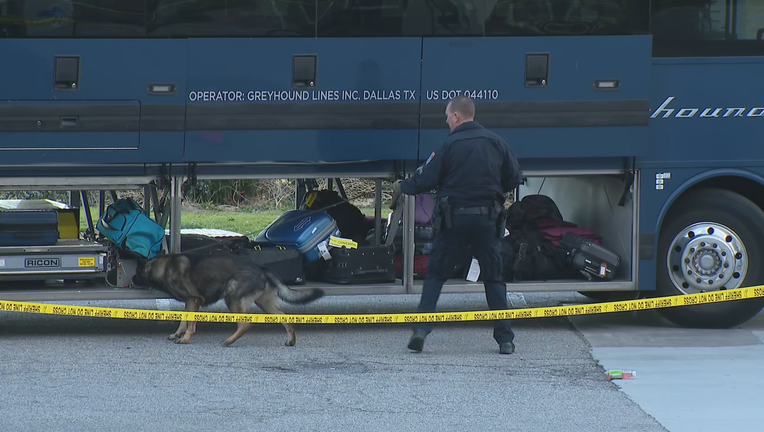 An officer and his dog sniff around a Greyhound bus that was headed to the Bay Area. Feb. 3, 2020

BAKERSFIELD, Calif. - A Maryland man was charged with murder and attempted murder Wednesday in an apparently random shooting aboard a Greyhound bus in California that killed a woman and injured five other people.

Anthony Devonte Williams, 33, of Capitol Heights appeared in court to face one count of murder and five counts of attempted murder but his arraignment was continued and he didn’t enter a plea.

Williams has been jailed without bail since Monday, when a gunman opened fire on a bus on Interstate 5 near the small mountain community of Lebec, about 70 miles (113 kilometers) northwest of Los Angeles.

Williams had taken a Greyhound bus from San Diego to Los Angeles before boarding a second bus heading to San Francisco, according to the California Highway Patrol. It was unclear how long he had been in California. 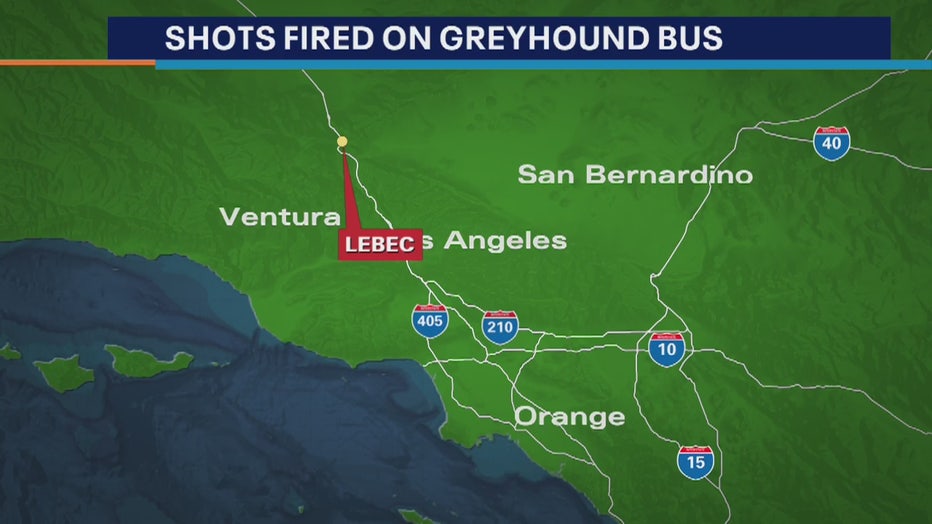 Passenger Mark Grabban, 29, told The Associated Press that the gunman had been muttering to himself incoherently before he began cursing and opened fire.

Passengers managed to disarm the man and force him off the bus when it pulled to the shoulder of the road, authorities have said. The bus left him and Willliams was arrested there a short time later.

The other victims were men and women ranging from 19 to 50 years old. Four remained hospitalized Wednesday,