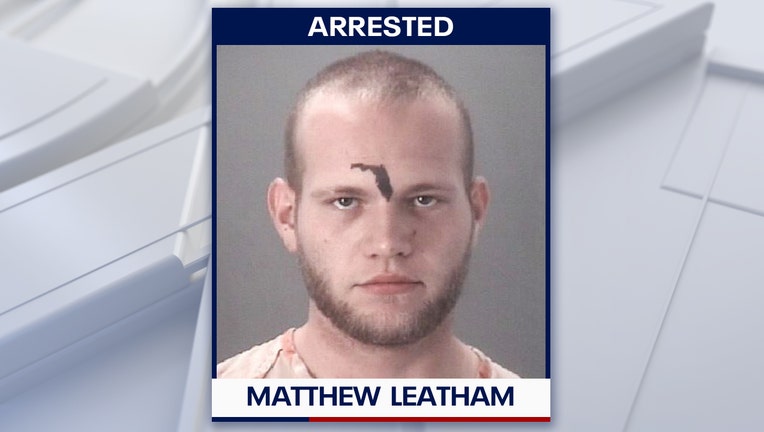 PORT RICHEY, Fla. - Pasco deputies arrested a man with the state of Florida tattooed on his forehead early Sunday morning, after investigators said he called 911 twice to get a ride home.

According to the arrest report, 22-year-old Matthew Leatham cursed at the dispatcher, who gave him the non-emergency phone number to use instead of 911.

RELATED: Thief steals woman's car, then drives back to scold her for leaving 4-year-old son in vehicle

A Pasco County deputy found Leatham on US 19 in Port Richey just after 4 a.m. and offered to call him a taxi, but he said he didn't have any money.

Leatham began walking in the direction he lives and again called 911 for a ride -- this time, in view of the deputy, who arrested him while he was on the phone with the dispatcher.

Upon searching Leatham, the deputy found marijuana, but said Leatham denied knowing what the substance was.

The sheriff's office charged Leatham with misuse of the 911 system as well as possession of marijuana.