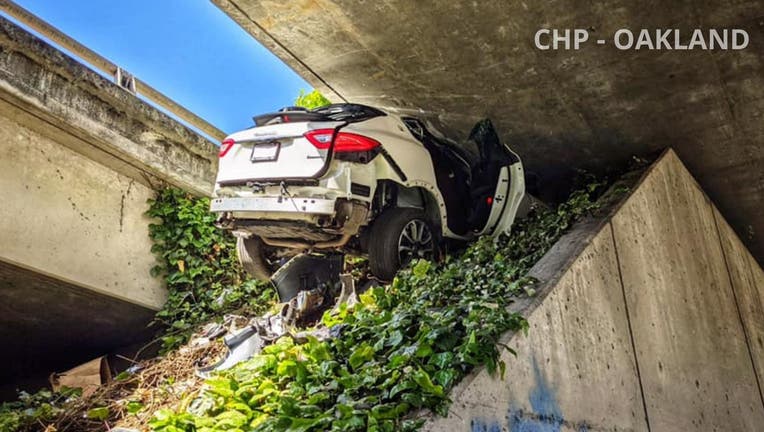 OAKLAND, Calif. (AP) — A man fleeing the California Highway Patrol totaled his girlfriend’s Maserati SUV after he careened up an embankment and slammed into the underside of an overpass, wedging the vehicle under a freeway in Oakland, authorities said Tuesday.

"The driver is lucky to be alive. The owner of the Maserati … not so lucky," the CHP said in a social media post that included photos of the mangled luxury vehicle. 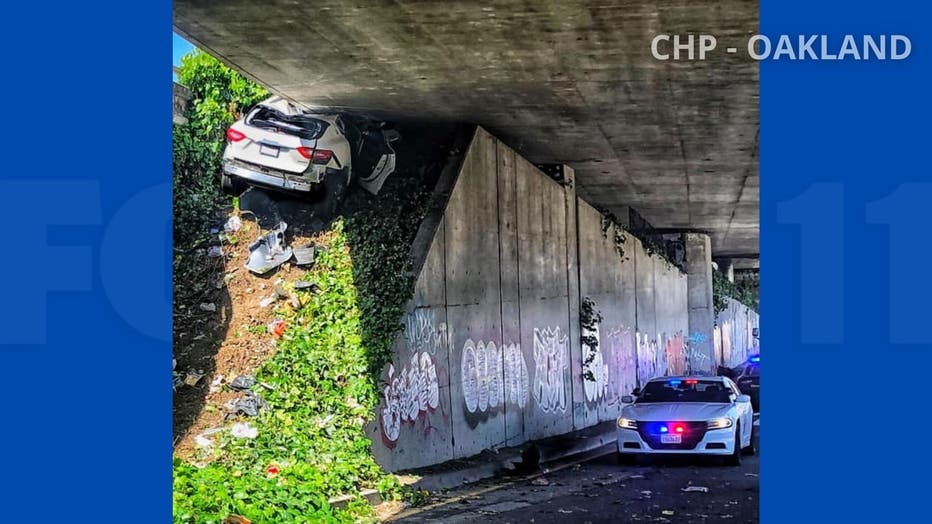 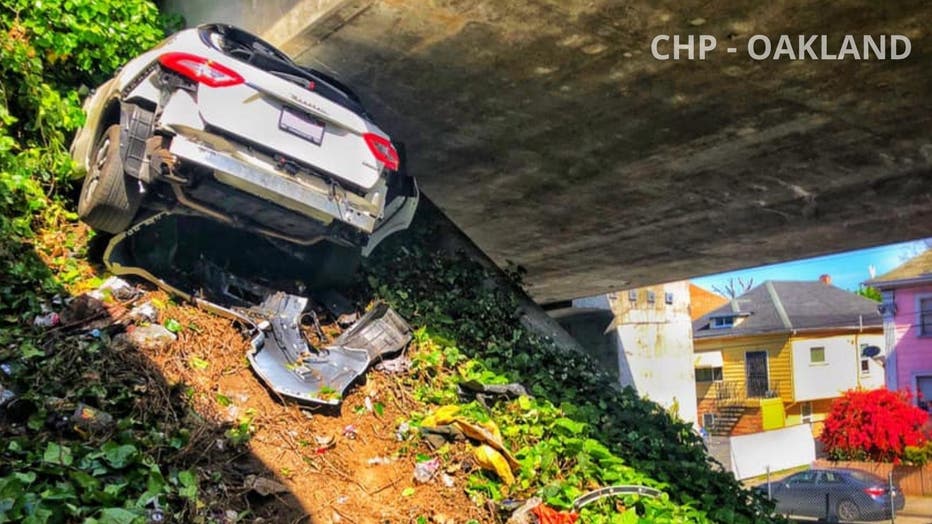 Police say the 32-year-old man was speeding on a highway Monday when a CHP officer tried to stop him. He accelerated to over 100 mph (160 kph) and then exited the freeway, veering over a curve, up the embankment and ending up just beneath the freeway, Officer David Arias, a spokesman for the CHP in Oakland, said Tuesday.

The man, who was alone, complained of pain and was taken to a hospital, Arias said.

"It was a miracle he didn’t get more injuries because the whole area where his head would have been caved in. He must have ducked or something," he said.