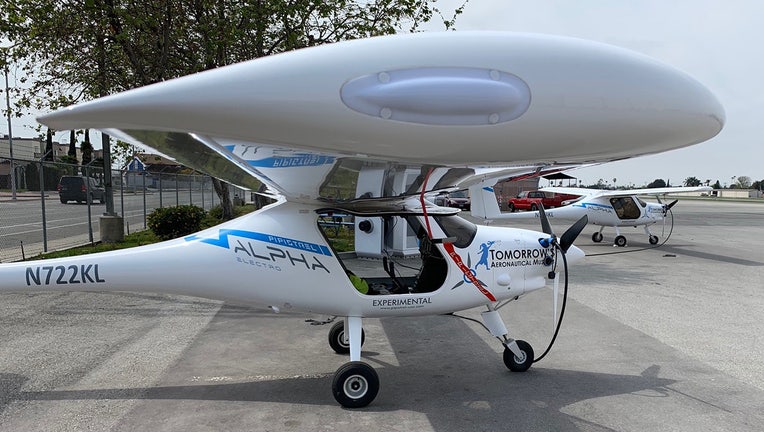 COMPTON, Calif. - We may think of "electric" as being the current in cars. What about aircraft? An electric airplane now sits at the Compton Woodley Airport.

The Alpha Electric Light Sport Plane is a two-seater that allows for short flights. The plane takes 45 minutes to charge. You plug it in much like an electric car.

Through donor dollars, Robin Petgrave of Tomorrow's Aeronautical Museum at Compton airport purchased the plane. He says the plane, and a permanent charging station, are the first in the United States. 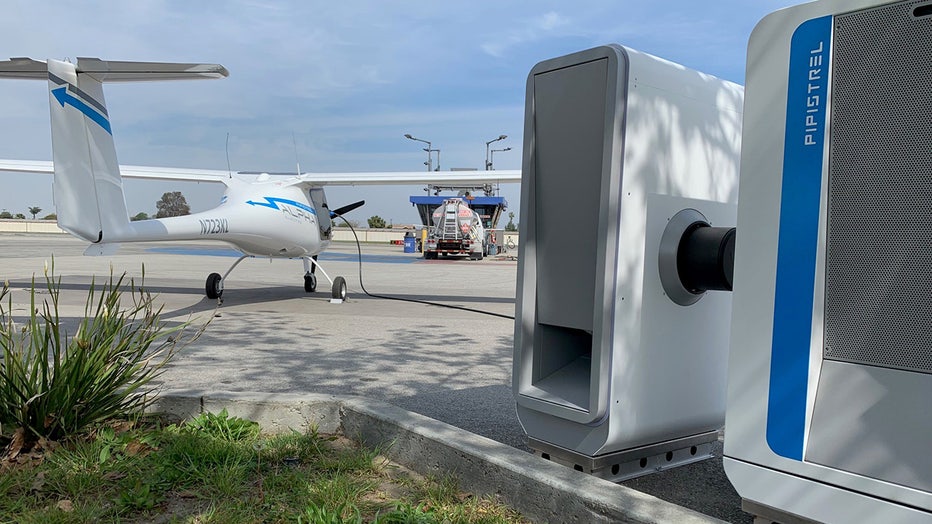 Petgrave says right now, the plane is certified experimental and his pilots only fly at Chino Airport or in Oshkosh, Wisconsin.

He envisions an air Uber. Petgrave says you can fly for an hour w/ a 20 minutes reserve. Imagine avoiding all that L.A. traffic with a quick, affordable trip by air from say, Burbank to Newport.