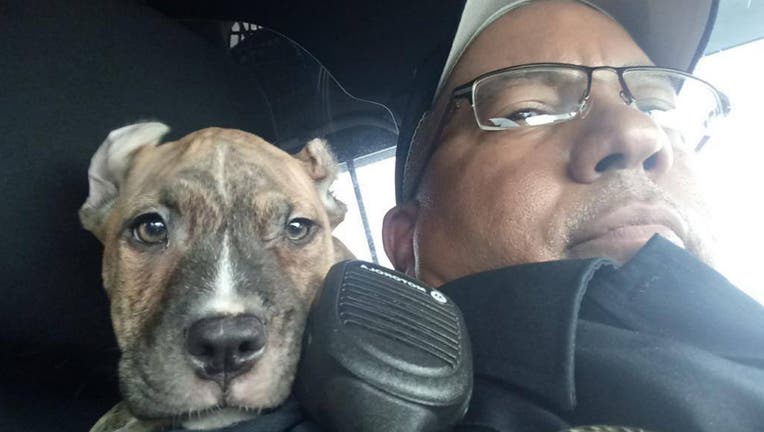 FOX NEWS - Police officers in one Florida city made their “first hurricane rescue” Monday after a resident called looking for help for her 6-week-old puppy.

Fort Pierce Police Officers Martin Oritz and Michel Jean were on patrol when they received a call about a local woman who was unable to care for her puppy as Hurricane Dorian threatened to make landfall, police said in a Facebook post.

Police said the dog, a 6-week-old Brindle Pittie, was too young to be left alone in a shelter cage until the hurricane passed.

Officer Jean took an “immediate liking” to the pup, FaceTimed his wife and son and decided on the spot that he would take it home.

Police said that in light of the circumstances - and with a little “nudging” from other officers - Jean settled on a name for his newest family member: Dory, short for Dorian. 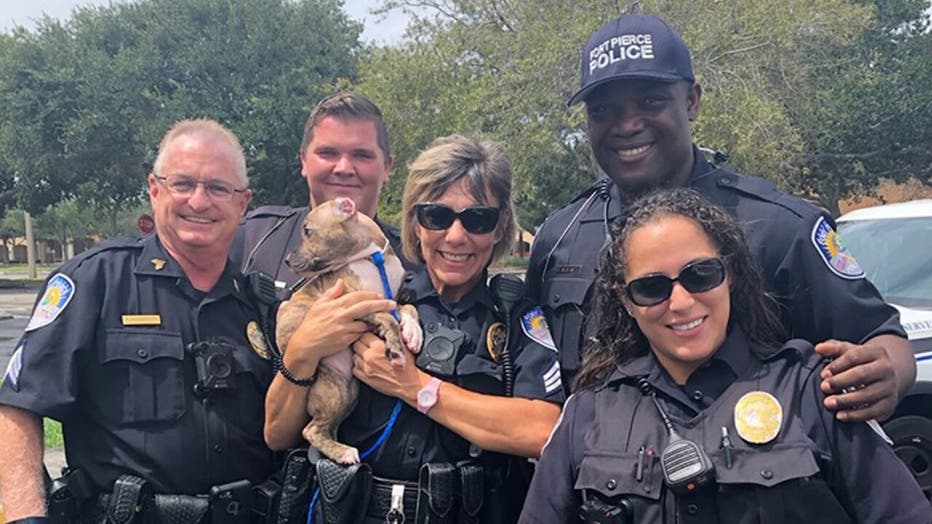 On Sunday, a woman from the Bahamas made headlines after she took in 97 stray dogs to protect them from the storm.

Dorian, which wreaked havoc in the Bahamas over the weekend, was upgraded to a Category 3 hurricane Wednesday night, prompting mass evacuations in the Carolinas.