Beating the Boston Celtics 103-90 for the trophy, the victory marks the team's fourth NBA Finals win in just eight years. The win also stands as the Warriors' first championship since moving from Oakland to San Francisco in 2019.

Considering thousands from Dub Nation watched Boston's Game 6 from Chase Center and Thrive City Plaza, the Bay Area is going to be bustling and busy Monday with festivities. Here's everything you need to know about the exciting upcoming celebratory event. 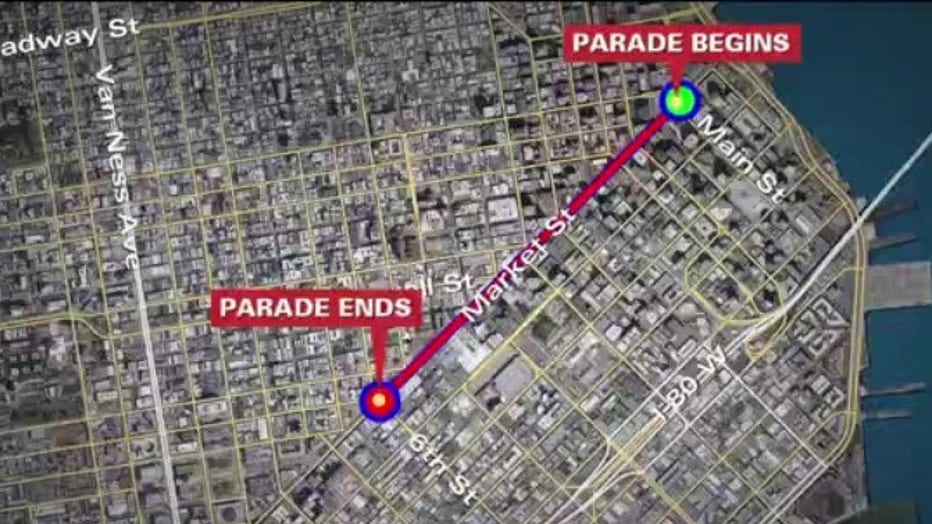 When will the festivities start and end?

A rally featuring Golden State players begins at 10:20 a.m. on Monday, June 20 and will be televised on KTVU FOX 2. The rally is closed to the public. The parade is expected to begin an hour later at 11:20 a.m. and end around 2 p.m.

The parade will travel along downtown San Francisco's Market Street. It starts at Market and Main streets and concludes near Market and Eighth streets. The route totals 1.04 miles.

How can I get there?

BART's Embarcadero Station is located right off the intersection of Market and Main streets. BART runs from 5 a.m. to midnight on weekdays, and will still be running on Monday, the federal holiday Juneteenth. Visit BART's schedule here for real-time departures and updated information.

AC Transit will run all San Francisco-bound Transbay bus lines according to traditional schedules on Monday. However, the transit agency announced Friday that riders should anticipate delays starting Sunday, June 19 at 4 p.m. through Monday, June 20 at 6 p.m. its anticipation of parade closures impacting traffic and slowing bus lines.

Who will be there?

Fans will be able to celebrate alongside players, coaches and staff.

How to watch the parade