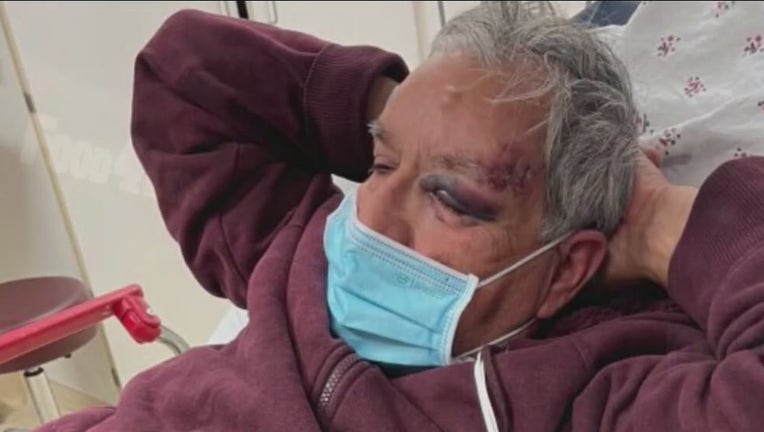 BALDWIN PARK, Calif. - A beloved La Puente husband, father, and grandfather suffered severe head injuries after he was randomly attacked while on the job in Baldwin Park earlier this week, authorities said.

Now, his daughter is pleading for the public's help to find the attacker. "My dad didn't deserve this, he's a hardworking man," she told FOX 11.

Officials said the attack, caught on a grainy surveillance video, happened in the parking lot of Food 4 Less on Baldwin Park Boulevard on the morning of April 6, just after midnight.

Moreno is an independent contractor in the cleaning business who power washes parking lots. That morning, he was setting up to power wash the property when suddenly and from behind, he was attacked.

"He doesn’t deserve to go through this. He could’ve been left for dead," Murillo said.

She also said her father has worked the graveyard shift for almost 25 years.

Moreno's family also said some of his personal belongings were missing.

A GoFundMe page has been set up to help the family cover the dad's medical expenses.

One witness told police the attacker was bald, wearing a red sweatshirt and had a distinctive checkered backpack.