FOX 29's Jeff Cole has the latest after authorities in Montgomery County say a 23-year-old woman was fatally beaten by her boyfriend.

PERKIOMEN TOWNSHIP, Pa. - Authorities in Montgomery County have released more details about the death of a 23-year-old woman who they say was fatally beaten by her boyfriend.

Nicholas Forman, 23, has been charged with first-degree murder in the death of Sabrina Harooni, 23, of Gilbertsville. 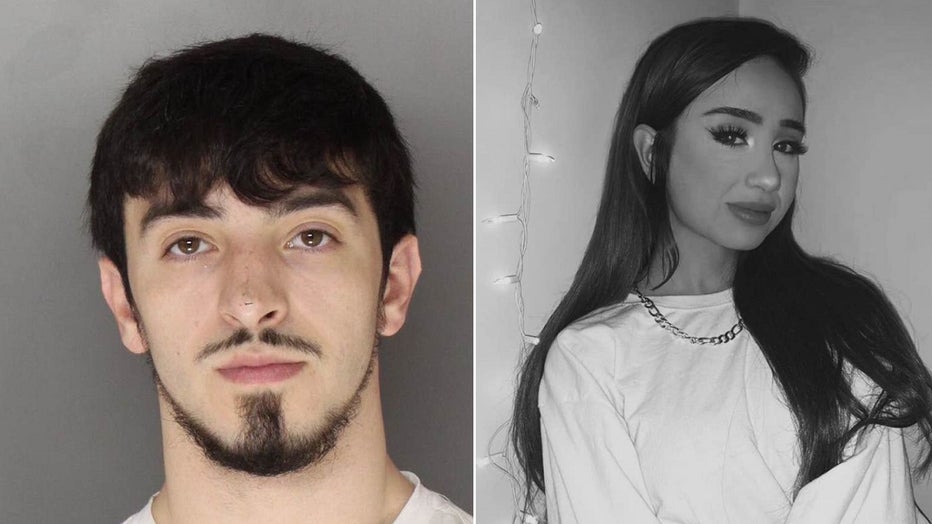 Arrest made in death of Montgomery County woman

Investigators headed to 900 block of Hamilton Road in Perkiomen Township where they say the assault took place. After further investigation, authorities determined that Forman and Harooni had been watching the Super Bowl at a restaurant in Oaks before taking an Uber back to his home.

During the ride, the two began arguing about a text from Harooni's ex-boyfriend, and the argument continued in the driveway of Forman's home.

Detectives later recovered a video that showed Harooni injured and unresponsive on Forman's phone. During the video, they say a male voice says "this is what cheating liars get."

Forman was arrested and arraigned Thursday. He was ordered to be held without bail.