Genaro Cordova painted the nativity scene, as he does every year.

CLAREMONT, Calif. - Neighbors and residents across Southern California stop by a Claremont church to check out its eye-catching nativity scene, which highlights some of the most important issues going on during the year.

As of Tuesday, the nativity scene at Claremont United Methodist Church is highlighting racial injustice. Surrounding Jesus' birth are masked Black Lives Matter protester holding signs like "I can't breathe" and above the protesters are names of people killed this year. 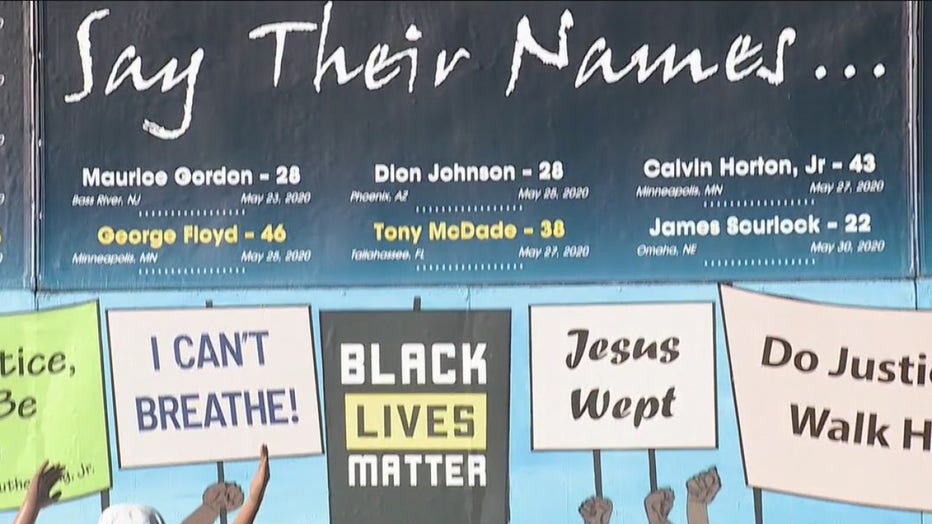 For neighbors, the nativity scene gives them relief knowing that they are being valued and understood by the community.

"Is it emotional for you?" asks FOX 11's Hailey Winslow.

"Very," says Eileen Oros, a Claremont resident. "It's just how it is today with BMS and the pandemic, so I think it's perfect."

One of the church members told FOX 11 in passing that "sometimes, being a Christian is dangerous and they don't do 'country club Christianity' here." These powerful nativity scenes were started by the church's Creative Peacemaking committee back in 2008. The group's goal is to promote peace on earth.

Last year's display focused on immigration with members of the Holy Family in cages to represent families being separated. 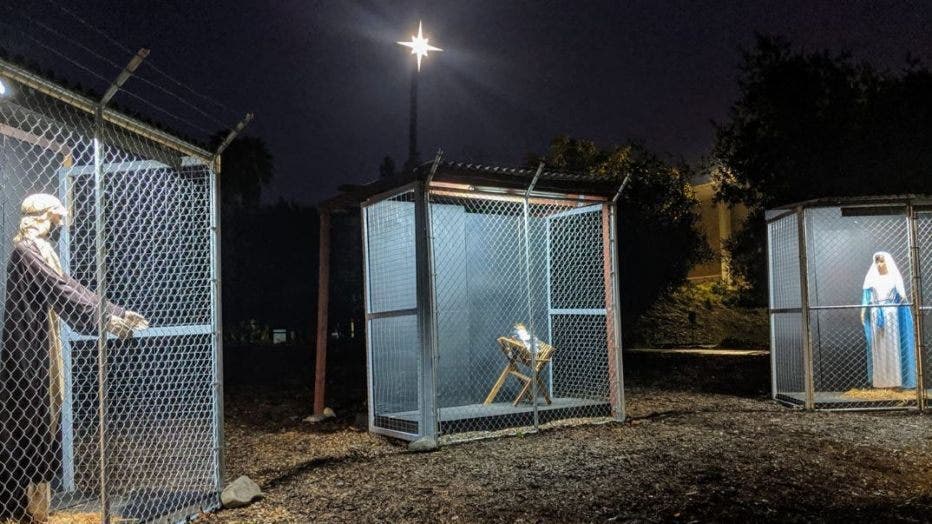 Geneva Cordova painted the nativity scene, as he does every year.

"We are brother and sister," Cordova said. "It doesn't matter what country you are or color. We have to be together everywhere and every way."

The church took inspiration from the Bible's Luke Chapter 1.

Pam, who is a member of the church's Creative Peacemaking committee, says the church is an inclusive community.

"We care about all people and we care about people who don't necessarily agree with what we're doing too, just like God does," Pam said. "Just like God.

Though some say this is politicizing Christmas, Claremont church leaders assure that bottom line: their nativity scenes are ultimately about creating peace.

"This is how we’re supposed to behave, in solidarity, love for each other and that’s it," said Cordova.