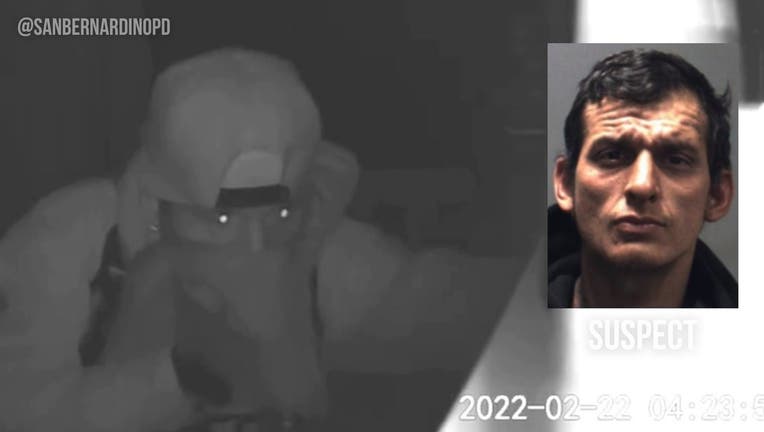 Authorities arrested Anthony Andrew Cifuentes, who was wanted in connection to breaking into a home and then staring at the sleeping victims. PHOTO: San Bernardino Police Department.

SAN BERNARDINO, Calif. - Police say a man who was previously caught on camera brazenly breaking into a home and then staring at the sleeping victims in San Bernardino has now been arrested.

The suspect, identified by authorities as 31-year-old Anthony Andrew Cifuentes, has been taken into custody after authorities warned of him on April 27. Cifuentes is facing charges that include rape, assault with attempt to commit rape and burglary.

Officials did not specify if the alleged rape and/or rape attempt took place at the home where the cameras supposedly caught him staring at the victims or if Cifuentes was wanted for a different rape case.

The San Bernardino Police Department is now asking the public if they or anyone they may know may have been targeted by Cifuentes in the past. Anyone with information on the suspect is asked to call 909-384-5647 or 909-384-5640.

Below is a video that allegedly shows Cifuentes inside the house he is accused of breaking into and terrorizing the victims:

A man breaks into a San Bernardino home and stook over the sleeping victims before scanning around the place.