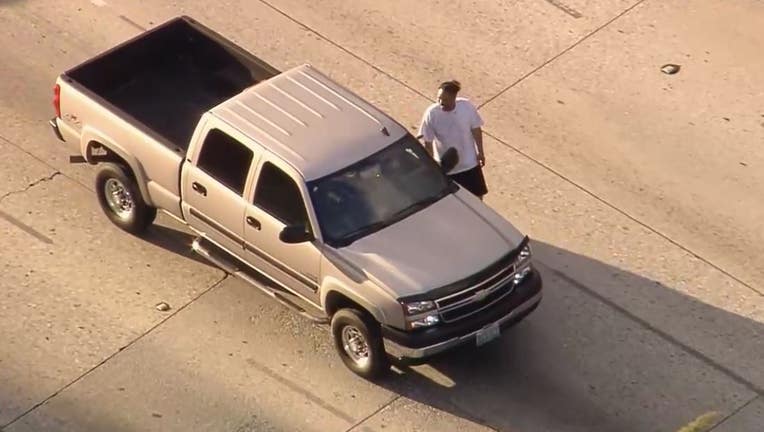 ARCADIA, Calif. - A man was taken into custody after leading officers on a wild pursuit from Orange County to Los Angeles County.

The suspect was traveling at a high-rate of speed in a red minivan from the town of Stanton to Arcadia.

Orange County Sheriff’s Officials say the suspect was wanted for carjacking after a road rage incident. The sheriff’s office says the vehicle was reportedly stolen from an elderly person around 1:30 p.m. Saturday.

SkyFOX was overhead as the suspect was seen driving on the shoulder of the freeway, running street lights, and driving on the wrong side of the road.

At one point during the pursuit the driver abandoned his vehicle, fled on foot and broke into a house. Family members inside the house ran outside as soon as they knew the suspect was on their property. The suspect then left the house and got back into his vehicle and continued driving.

As he was attempting to flee he rammed into a car at the intersection of Foothill Blvd. and Baldwin Ave.

SkyFOX captured the suspect’s vehicle trying to squeeze between two cars that were stopped at a light.

The suspect vehicle hit a white SUV at least twice. Two kids and a woman were seen inside the vehicle.

After the collision the suspect fled on foot, walked into oncoming traffic and eventually made his way onto the westbound 210 freeway.

The suspect was seen walking across all freeway lanes and even spoke to the driver of a passing vehicle.

California Highway Patrol eventually caught up to the suspect and took him into custody. 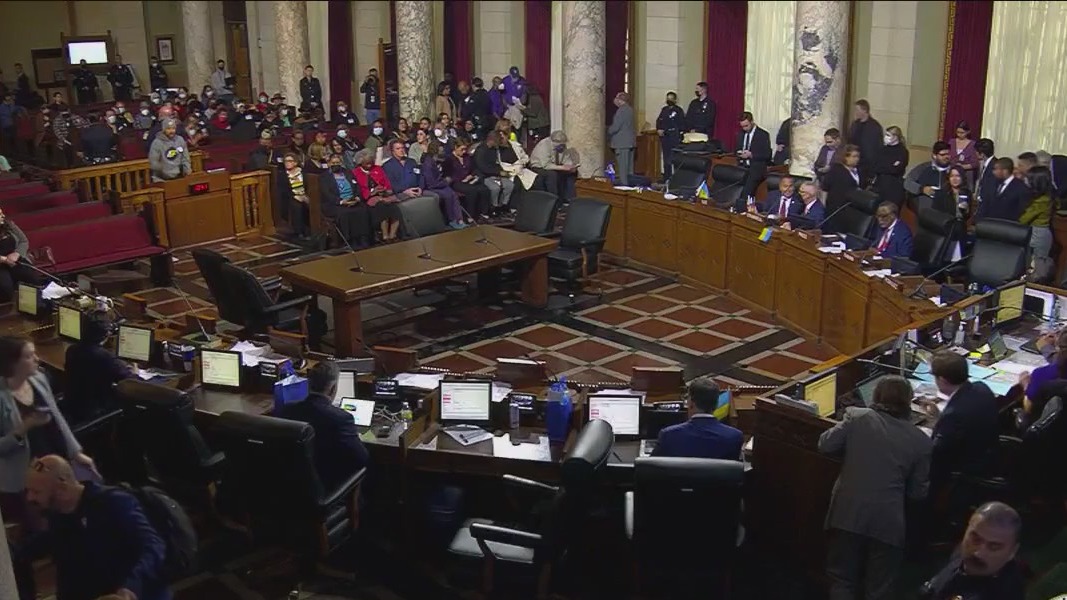