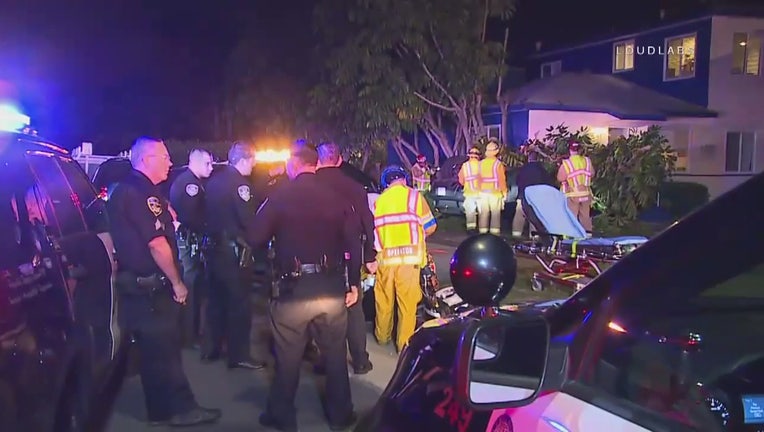 DOWNEY, Calif. - A family is thankful to be alive after a suspects' vehicle slammed into their Downey apartment early Monday.

Authorities say the crash happened at midnight Monday on the 10030 block of Wiley Burke Avenue near the intersection of Old River School Road and Florence Avenue.

Officers with the Bell Gardens Police Department attempted to stop a Chevrolet pickup truck for a traffic violation when the driver sped off. The pursuit lasted for just three minutes and ended when the driver lost control, skid across an intersection, flipped over and plowed into the Drissi family's Downey apartment, Bell Gardens police said.

Police surrounded the truck and helped extricate the couple trapped inside.

“Thank God the officers were able to control the situation outside,” Elizabeth Drissi said. “I was just worried about my husband, but thank God he’s okay.”

Her husband was taken to a local hospital for a concussion. He has since been released.

It is unknown if the married couple will be able to return to their home due the damage of the crash, but say there are more important things. "We're thankful we're here for the new year," Drissi said. 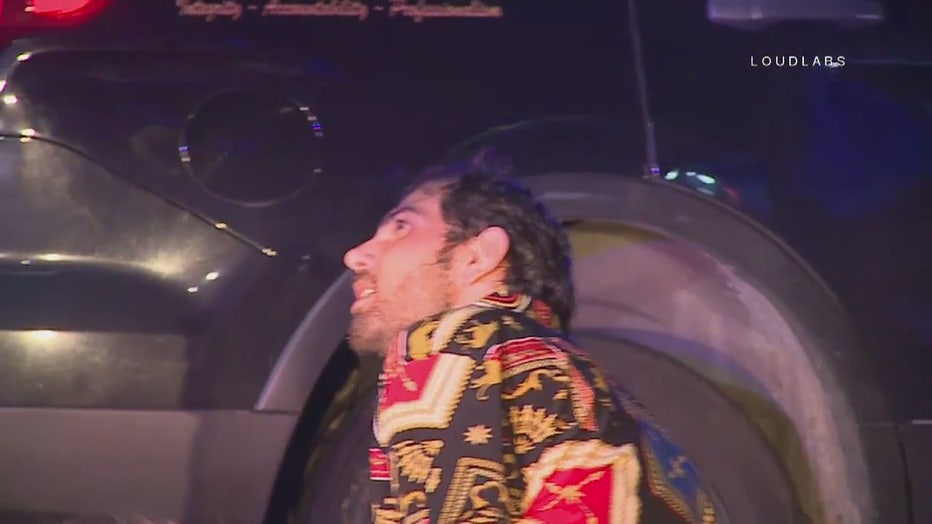 The male suspect who was driving the truck at the time of the crash was taken into police custody for suspicion of DUI and felony evading. A female passenger was taken to a local hospital. Her condition is unknown.