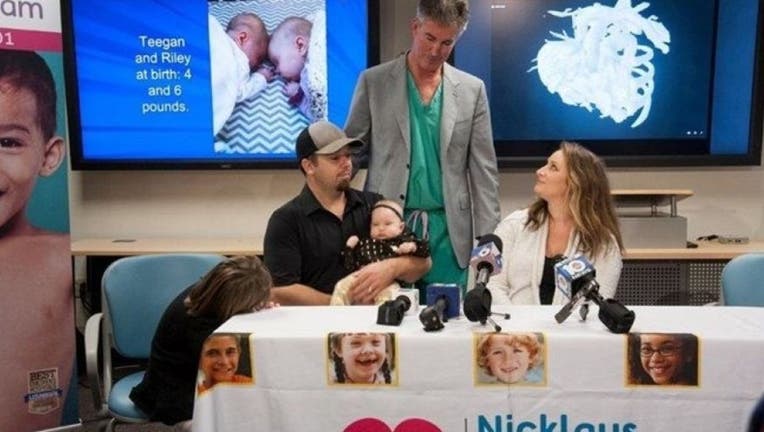 (FOX News) - Thanks to a simple cardboard contraption and an innovative set of surgeons, a Minnesota baby born with only one lung and half a heart is expected to make a full recovery from surgery after doctors initially told her family her situation was helpless.

Fox 2 Now reported via CNN that doctors at Nicklaus Children's Hospital in Miami used a set of Google Cardboard glasses, a virtual reality product that retails for less than $20 online, to map out the surgery for little Teegan Lexcen, who was born in August.

Teegen's parents, Cassidy and Chad Lexcen, told CNN that their doctors in Minnesota initially sent them home, saying Teegen would die and there was nothing they could do to help her. Two weeks later, Teegen was still alive, so the Lexcens began searching for a second opinion.

CNN reported that Chad's sister eventually stumbled upon an article called "The 20 Most Innovative Pediatric Surgeons Alive Today," and Dr. Redmond Burke, the chief of cardiovascular surgery at Nicklaus Children's Hospital in Miami, the No. 3 surgeon on the list, caught the Lexcens' eyes.