A Louisiana-based manufacturer is voluntarily recalling more than 150,000 units of hand sanitizer because the packaging resembles water bottles and poses "a risk of consumption," according to the U.S. Food and Drug Administration (FDA) recall notice.

American Screening LLC notified its distributors and customers about the recalled sanitizers that were packaged in 8-oz. containers, according to the recall notice posted by the FDA.

The recalled lots, which were sold nationwide, can be identified by the small water bottle shape and black flip top cap or clear cap with a blue pouring spout.

The hand sanitizer "which is intended for topical use, could potentially result in alcohol toxicity" if ingested, according to the recall. 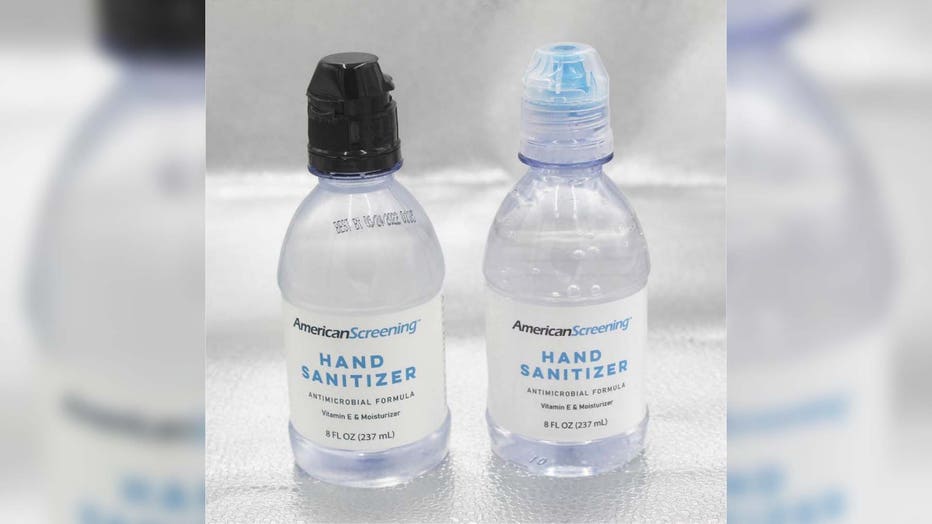 In August 2020, the FDA began issuing warnings about an increasing number of alcohol-based gel products being packaged in containers that may resemble ones used for food or drinks.

Since then, the agency has posted several notices about sanitizers being recalled for resembling water bottles.

Alcohol toxicity can cause symptoms including lack of coordination, slowed or slurred speech, drowsiness and even a coma, which can be fatal, according to the recall.

To date, American Screening LLC has not received any reports of adverse events related to this recall.