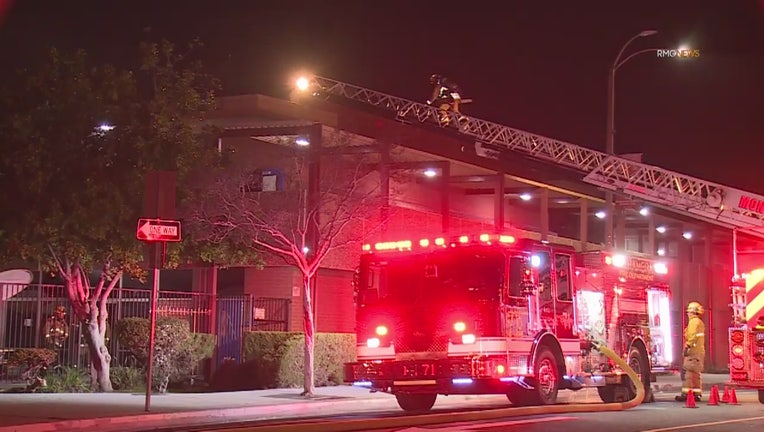 ALHAMBRA, Calif. - Fire investigators Thursday were working to determine the cause of an early morning fire at Alhambra High School.

Firefighters with the Alhambra Fire Department were called to the high school around 3 a.m.

Video taken from the scene showed smoke coming from the building. The blaze was knocked down within 30 minutes, fire officials said.

The extent of damages was unknown and no injuries were reported.

The school is currently closed due to winter break. Classes are set to resume Jan. 6.