His management style is one of innovation and calculated risk taking. He led WDRB from #4 to #1 in terms of total news audience and total revenue, but he is most proud that for 8 consecutive years, WDRB was named "One of the Best Places to Work" by the Kentucky Chamber of Commerce - the only media outlet ever given that award.

Bill has been in broadcasting for more than 40 years starting in Flint, Michigan. He then moved to Nashville, Tennessee, Jacksonville, Florida, Birmingham, Alabama, Miami, Florida and Peoria, Illinois before Louisville and Los Angeles.

In 2018, he was inducted into the Kentucky Broadcaster's Hall of Fame.

When George Gascón was running for the Los Angeles County DA, he promised to "reform our justice system so it works for everyone."

Back in March and April, we didn’t know how bad Covid-19 could get. We all hung on the words of Governor Newsom and Mayor Garcetti as they held daily news conferences. Fast forward to today when the pandemic is killing more people than it was in Marc

Many residents of California are growing tired of government leadership.

Homelessness and drug abuse existed long before Prop 47. But what Prop 47 did was make illegal drug use a misdemeanor rather than a felony and took away law enforcement’s power to give addicts a choice of prison time or treatment. The result has been a shocking increase in homelessness and drug addiction on the streets of LA.

In a city with far too much traffic, with too many cars carrying just one person, you would think a mass transportation system would be embraced, right?

Remember the bullet train? This is a project the voters thought they wanted, but if they’re still paying attention, it’s clear there isn’t anywhere near enough money to complete this project. And in the great California tradition, the red tape is strangling it. 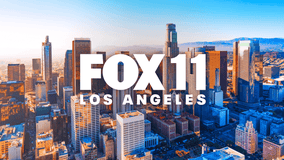 It’s almost seems like LAX has been watching how poorly the airlines have been treating customers and asking themselves, “How can we get in on this?”

California drivers pay the highest gas prices in America.  Yes, we have the special blend that reduces emissions, but most major cities do.  And yes, we have some of the highest taxes in the country.  California lawmakers love their taxes.  But after that, I have never understood why our prices are so much higher than anywhere else in the country.