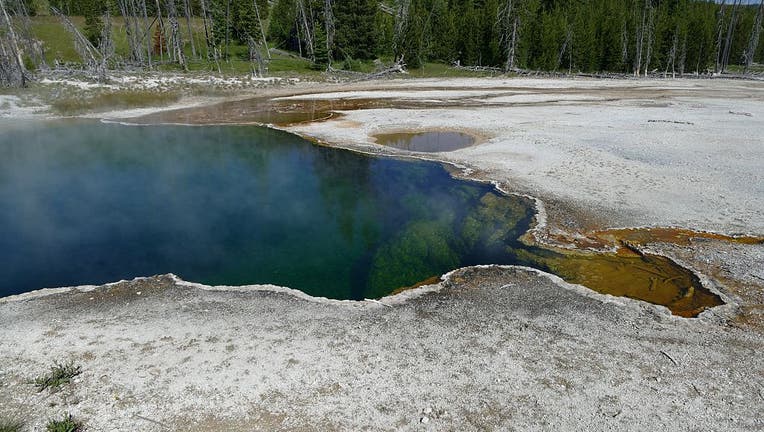 YELLOWSTONE NATIONAL PARK, Wyo. - Yellowstone National Park officials are investigating after a park employee spotted part of a foot, in a shoe, floating in a hot spring in the southern part of the park, officials said Thursday.

Tuesday's discovery at Abyss Pool led to the temporary closure of the West Thumb Geyser Basin and its parking lot. The area has since reopened.

The park did not have any other information about the investigation to make public on Thursday, park spokesperson Morgan Warthin said.

RELATED: 'They will kill you': Tourists warned to move away from bison fight in Yellowstone

Abyss Pool, located west of the West Thumb of Yellowstone Lake, is 53 feet deep and the temperature is about 140 degrees Fahrenheit, park officials said. It is on the south side of the southern loop through the park.

In such hot springs, superheated water cools as it reaches the surface, sinks, and is replaced by hotter water from below. The circulation prevents the water from reaching the temperature needed to set off an eruption like happens with geysers in the park, according to the park's website.