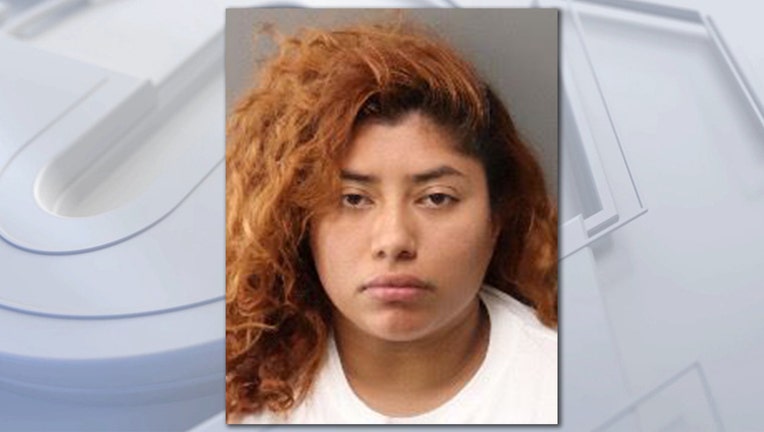 RIVERSIDE, Calif. - A woman was arrested on Thursday for allegedly impersonating a nurse and attempting to steal a newborn baby from a hospital in Moreno Valley, the sheriff's department announced.

Jesenea Miron, 23, was booked into the Robert Presley Detention Center for kidnapping charges and is currently being held on a $1 million bail.

The Riverside County Sheriff's Department said that around 10:30 a.m. Thursday, deputies were notified by hospital staff of an individual impersonating a nurse at the Riverside University Health System - Medical Center.

Deputies said they later learned that Miron entered the hospital posing as a newly hired nurse and gained access to a medical unit where newborn infants were kept. She allegedly entered a patient's hospital room and identified herself as a nurse. While inside the patient’s room, she attempted to take their newborn infant. Miron was confronted by hospital staff, who then notified security.

She fled the hospital before law enforcement arrived, but deputies quickly identified Miron as the suspect and served a search warrant at the 11000 block of Weber Street in the city of Moreno Valley, where Miron was located and arrested.

More than a week after Miron's arrest was announced, the Riverside County Sheriff's Department revealed the 23-year-old suspect offered to take a different patient's newborn baby to "a medical appointment." The mom said no to the offer and Miron left the room without taking the baby. Miron is expected to face an additional charge because of the second reported incident, RCSD said in a press release.

According to court documents obtained by FOX 11, Miron admitted to impersonating a nurse and said that kidnapping a baby would be "easy." Those same documents said that officers found evidence that she had ultrasounds from two other hospitals.

"Riverside University Health System– Medical Center has multiple layers of security to protect the safety and well-being of patients and staff, and we’re thankful those systems and our vigilant staff were able to thwart this suspect.

We appreciate the swift response from the Sheriff’s Department. We are working with them to investigate how the suspect accessed the patient’s room and interacted with the family. Our security protocols have been reviewed and reinforced, and we have additional sheriff’s deputies on campus.

We are also working with the family to address their concerns and ensure their emotional well-being."

Anyone with additional information is encouraged to call Investigator Galvan or Master Investigator Merrill of the Moreno Valley Sheriff’s Station at 951-486-6700 or the Riverside County Sheriff’s Department at 951-776-1099.