Some critics are stepping up their efforts to recall the Los Angeles County DA.

LOS ANGELES - The city of El Monte is mourning two police officers killed in the line of duty and now, some are saying their alleged killer should have been behind bars.

Investigators named Justin Williams Flores as the man accused of opening fire at officers near a San Gabriel Valley motel earlier this week in a shootout. Two of the officers, identified as Corporal Michael Paredes and Officer Joseph Santana, were rushed to the LAC + USC Medical Center where they died. Flores died at the scene.

Court records indicate Flores had a previous criminal record dating back to 2010 and was recently charged as a felon in possession of a firearm.

The 35-year-old was offered a plea deal by District Attorney George Gascón's office in 2021. Flores, who officials say is a known gang member, received the bare minimum sentence with no jail time and was placed on probation. 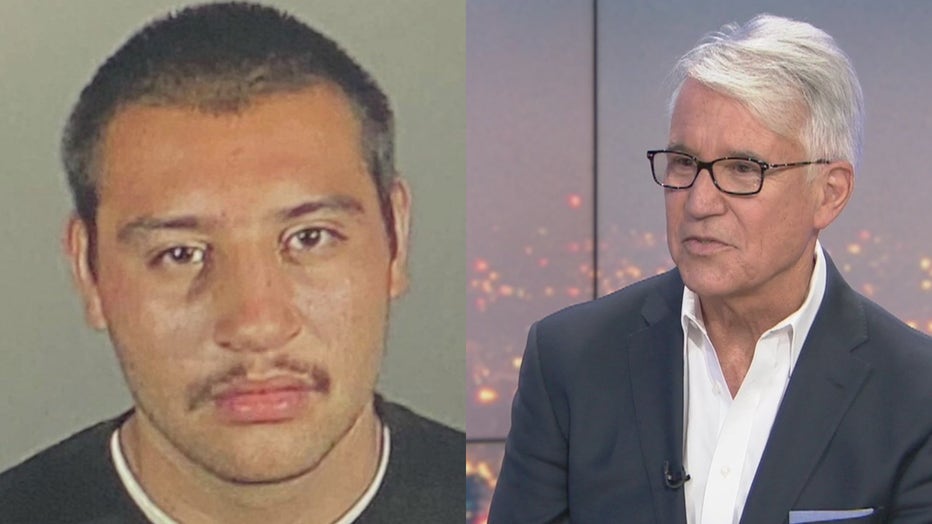 "This individual should have been in custody for at least 32 months," said LA County Deputy District Attorney Jonathan Hatami. Gascón's office had its own policy that defied the state mandate until a judge determined it to be illegal. Under the state's Three-Strikes Law, second or third strikers have to complete 80% of their sentences before they can be released.

The day before the deadly shooting, Flores was due in court on June 27 for a probation violation.

Flores’ probation officer filed a request for a revocation hearing due to a possible probation violation after a woman reported he had assaulted her.

The grieving family of one of the two slain El Monte police officer spoke with FOX 11 following the news of Santana's death. The family of Joseph Santana echoed Hatami's sentiments saying Flores should not have been back on the streets in the first place.

"Gascón is just letting all these criminals out and they just keep doing one crime after the other," said Olga Garcia, Santana's mother. "That guy should have been in jail… my son and the other officer would still be here."

In addition, the day after the shooting, the Recall Gascón Effort announced they have enough signatures to have the recall on the ballet while still having 3 more weeks to collect more signatures.

Flores' court records can be found below: