A local Middle Eastern mom who wants her child back in school is outraged after she says UTLA tried to collect racial opposition research on her.

LOS ANGELES - A local Middle Eastern mom who wants her child back in school is outraged after she says UTLA tried to collect racial opposition research on her.

Maryam Qudrat says the teachers union asked her about her past media interviews, as well as her ethnicity and class status, as part of a "project" and now, she is crying foul.

Qudrat has a seventh-grader enrolled in LAUSD and for months, she had advocated for kids to return to in-person schooling and has given media interviews criticizing UTLA for refusing to reopen schools.

"I’m a mom and an educator and I want our kids to come back to school," she said. 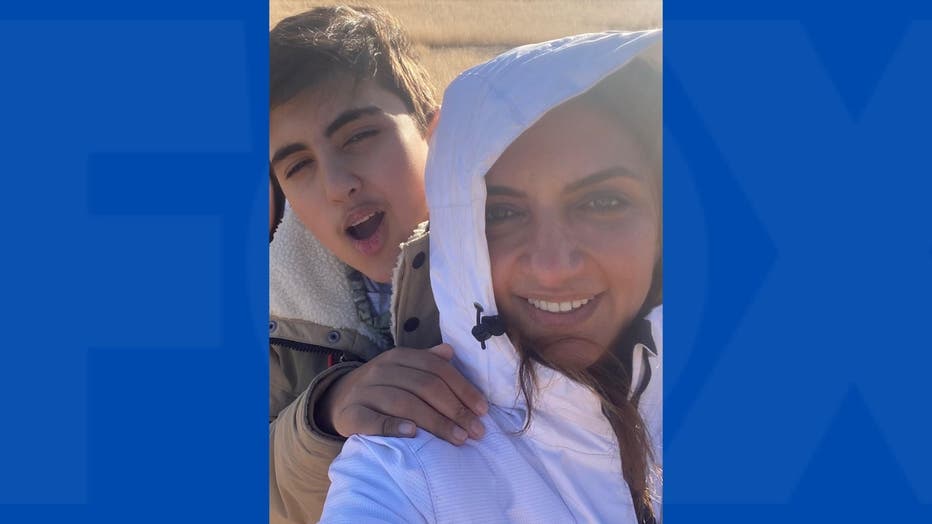 "Their conclusion is if you want schools to reopen right now, then that means you are racist against African Americans and Latinos," Qudrat added.

Qudrat, who is of Afghan descent, tells FOX 11's Bill Melugin she was stunned when she got an email from a UTLA researcher claiming to be working on a "research project" on who speaks about LAUSD issues in the Los Angeles Times and that he is analyzing race and class.

The researcher notes Qudrat has been quoted twice in eight months by the LA Times and says he believes her last name is a common Iranian name, then asks how she racially self-identifies. 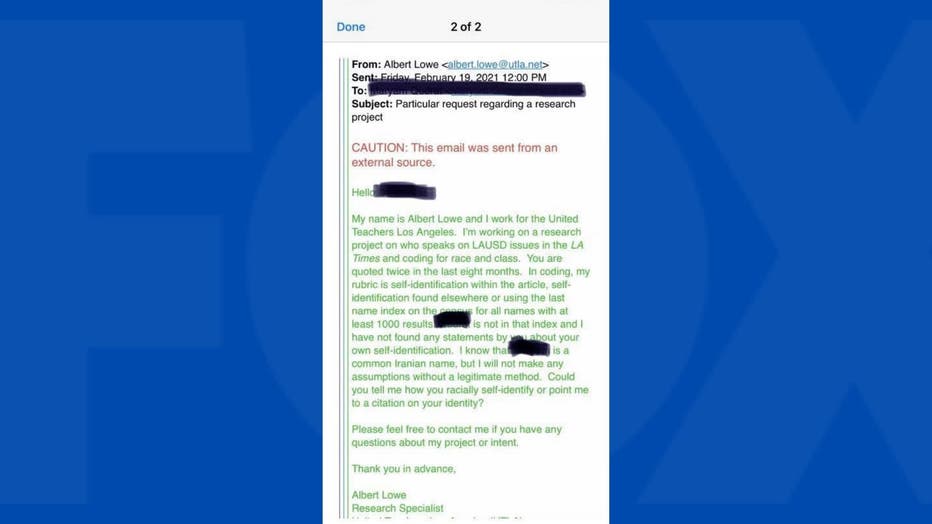 "I felt very targeted," Qudrat said. "I think that they are very clearly case building, they are trying to collect data on folks like me who have been quoted in the LA Times, and they’re trying to say that if you are in favor the kids coming back to school, you’re racist."

Qudrat points to the January Facebook post from UTLA President Cecily Myart-Cruz, where she claims UTLA members have been "stalked on social media by wealthy white and Middle Eastern parents" in regards to reopening schools. She believes UTLA was conducting racial opposition research on her.

"I stood in the rain on strike with the teachers when they wanted to get their pay raise a couple of years ago," Qudrat said. "And to see them now basically turning this way, it’s frankly scary the way they’re taking education, pinning white and Middle Eastern against black and brown."

We reached out to UTLA to ask what was going on in the email. They tell us it was part of a report they were putting together on parents who spoke to the LA Times, based on geography and class.

Below is a statement from UTLA, in part:

"The email in question is from a UTLA researcher who was attempting to ascertain the race of individuals quoted in order to assess whether or not that is a factor we could evaluate. This outreach by the researcher was not authorized and nothing from that outreach is contained in the report. We understand this type of email could be taken out of context."

"Anybody who spends 30 seconds reading that email would see that it is very clear pointed racism, they are racial profiling," Qudrat said. "If it was sent out to somebody who was African American or Latino, they would have a lawsuit on their hands."

UTLA said it reached out to Qudrat to apologize for what they are calling a misunderstanding and that they're perplexed as to why this has turned into an issue.