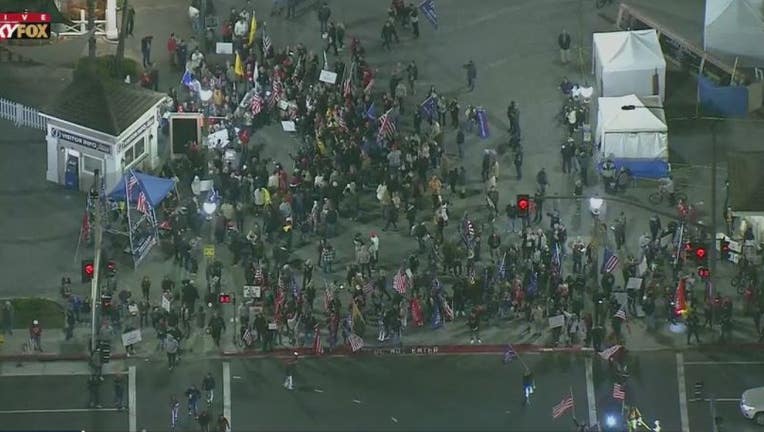 ORANGE COUNTY, Calif. - A crowd estimated at 400 people gathered in front of the Huntington Beach pier to protest the first night of a statewide curfew aimed at slowing the spread of COVID-19.

By 11:30 p.m., the crowd appeared about half that size, said Reilly, who was watching the gathering via surveillance cameras.

The protest ended shortly after midnight, he said.

The group was law-abiding for the most part, Reilly said. One person was arrested for public intoxication. "Some, not all'' wore face masks.

It appeared the vehicles passing through the area were part of the demonstration and the same vehicles were seen moving north and south on PCH, Reilly said.

Officers were there watching the activity but no illegal assembly was declared, he said.

Sergeants posted in the Main Street area reported that all of the bars, restaurants and other businesses closed by 10 p.m., Reilly said.

The department did not issue citations for curfew violations, he said. "We are seeking compliance and trying to educate people.''