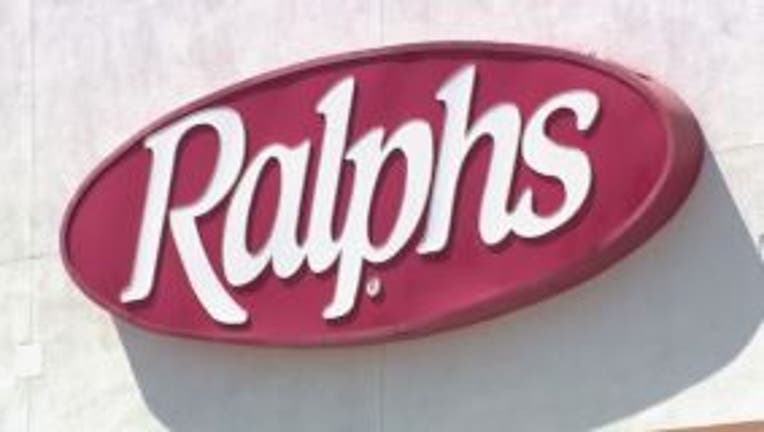 LOS ANGELES - Grocery store workers and members of the community are calling on Kroger to stop closing stores in their neighborhood.

Employees and customers of a Ralphs market in the Pico-Robertson neighborhood held a press conference and Passover Seder on March 25th urging Kroger to not close two additional stores that they say are vital to the community.

Just a week after Los Angeles approved an ordinance mandating a temporary $5 hazard pay for grocery and drug retail workers, Kroger announced they will be closing three LA-area stores.

According to labor union, UFCW Local 770, the store closures have an impact on 250 workers and their families. 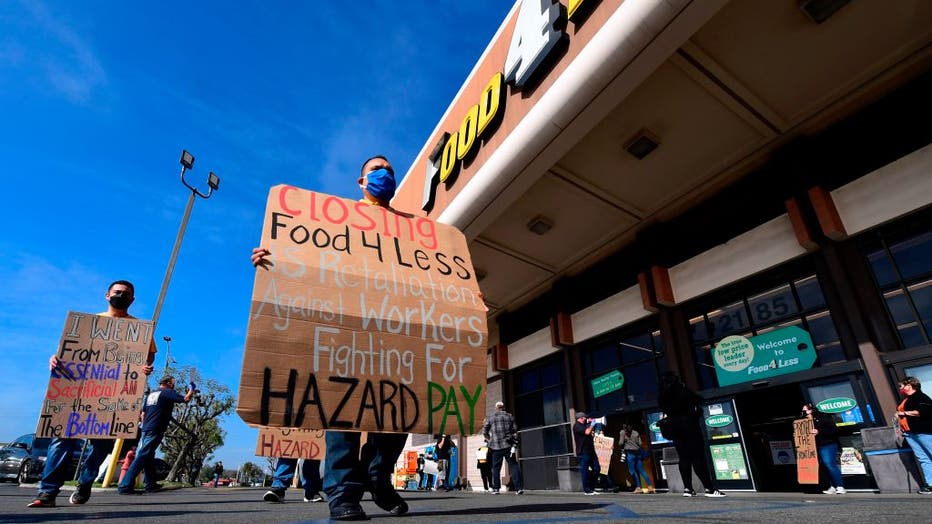 Supermarket workers hold placards in protest in front of a Food 4 Less supermarket in Long Beach, California on February 3, 2021, after a decision by owner Kroger to close two supermarkets rather than pay workers an additional $4.00 in "hazard pay" f

In addition to the three LA area stores, Kroger will also be closing 25% of their stores in Long Beach.

"The whole point of the hazard pay is for us to be compensated for all the hard work we do and the higher risk of COVID infection that we face while doing our jobs. As we continue to push through the pandemic, essential grocery workers are dealing with extremely high levels of anxiety because we do more than just bag groceries and stock shelves. While helping our communities buy their food so they can sustain their families, we’ve also experienced verbal and even physical abuse when reminding people to keep social distance or wear their facemasks properly," says Brittany Bouknight, an employee at a Ralphs store on Pico Boulevard.

"One year into the pandemic, grocery employees have worked on the front lines and their work was recognized with Hero Pay because they are heroes. It’s unconscionable that Kroger would shut down three stores and imply that it is because of the mandate to pay their workers what they deserve," said Rabbi Aryeh Cohen who led the Passover Seder.

Employees are also asking Kroger to stop cutting their hours and lay off workers.

Committed to stop the closure of their supermarket and 2 additional stores slated to shut down in mid-May in Los Angeles, employees and customers held a press conference and. They were joined by faith leaders at a Ralphs store in the Pico-Robertson neighborhood to call on Kroger to stop closing stores that are vital to the community.

During the rally Thursday, employees and customers distributed flyers encouraging people to call Kroger’s corporate office and leave a message for the company. They also encouraged people to sign an online petition to save the stores and their jobs. The online petition can be viewed here. bit.ly/ShameOnKrogerLA