LOS ANGELES - A small fire broke out near the Minions ride in Universal Studios Hollywood.

The fire sent thick smoke into the air, but caused minimal damage.

Los Angeles County firefighters responded to the park late Tuesday night, just before midnight, and were able to quickly get the flames under control.

According to a park representative, "there was no damage and no rides or attractions were affected and will not impact park operations.'' The fire occurred "back of house in a non-guest area,'' according to the theme park. No injuries were reported, and the cause of the blaze is under
investigation. 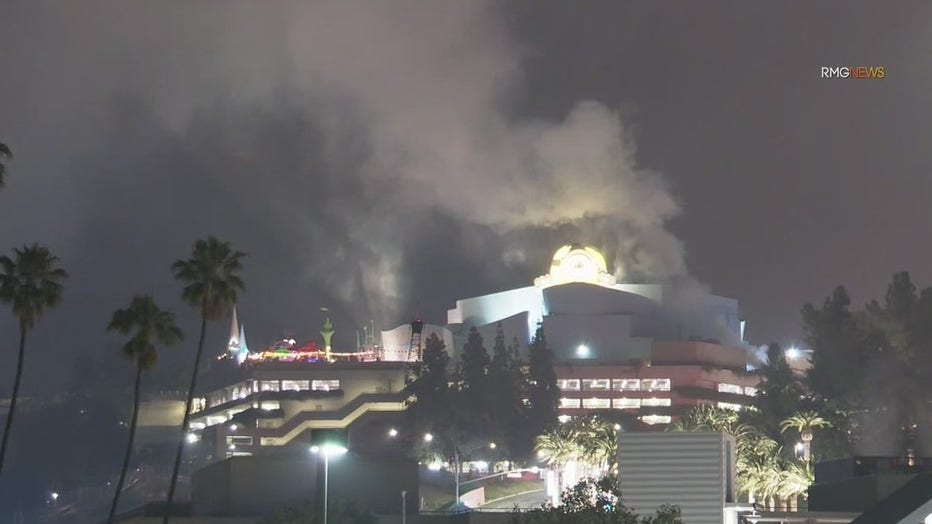 Video from the scene appeared to show the fire in some type of storage container in a theme park parking structure.

The fire occurred on the 13th anniversary of a massive backlot fire at the studio. On June 1, 2008, a massive fire destroyed the park's original "King Kong'' attraction and master recordings of songs by Billie Holiday, Louis Armstrong, Chuck Berry and Aretha Franklin. Nine firefighters and a sheriff's deputy were injured.