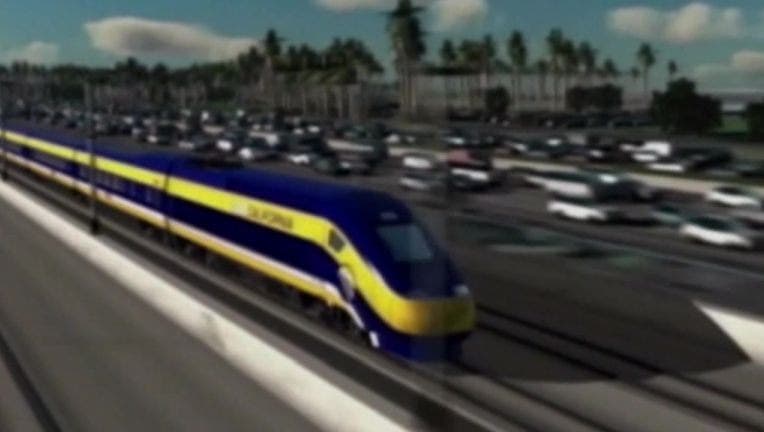 HANFORD, Calif. (AP) - Delays in securing land for California’s high-speed rail project will push completion of a 65-mile section of the line in Kings County until at least April 2025 — nearly two years after the date the state included in a business plan adopted last week, a newspaper reported Monday.

The Los Angeles Times obtained a letter from a construction team headed by the Spanish firm Dragados notifying the California High-Speed Rail Authority of the latest delay for the planned bullet train.

It’s yet another setback for the project that’s been mired in pushed deadlines and cost overruns. Voters in 2008 approved a bond for the rail line, eventually aimed at connecting Los Angeles to San Francisco.

The newest problem could again boost costs and jeopardize the state’s funding plan to complete a partial operating system between Bakersfield and Merced by 2030, the Times said.

The letter described a chaotic system for projecting future construction progress because of state delays in securing land for construction. It complained that the rail authority’s failure to accurately predict land acquisition has tangled construction schedules and caused fitful conditions along the route.

Dragados said it has had to hire workers as land becomes available and then lay them off as it awaits new parcels. It said that "trepidation" among subcontractors and suppliers is resulting in higher risk that must be priced into bids for work.

"Therefore, the impact of providing a schedule which includes incorrect right of way dates will only exacerbate these impacts," the letter said.

Joe Hedges, the chief operating officer at the rail authority, downplayed the letter in an interview with the newspaper. He called it part of a back-and-forth bargaining process normal in the construction industry. The completion date of 2025 is subject to negotiation and the delays can be mitigated, he said. Hedges also disputed Dragados’ complaints about faulty state land forecasts.

The Dragados letter was part of a long series of change orders — more than a dozen for about $150 million — that relate to delays caused largely by a lack of property.

A similar letter was sent last year by the construction team led by Tutor Perini, which is building 31 miles (48 kilometers) of rail structures in Fresno and Madera counties. The strongly worded letter said the team could miss its schedule, noting that more than 500 needed land parcels along the route were not available seven years after its construction contract was issued. It called the delays in buying land "beyond comprehension."

Land acquisition has been a monumental hurdle for the project since 2012. In Kings County, the rail authority still needs 264 more parcels, but in January it acquired only nine. At that rate of progress, it would take 2½ years just to buy the land, the Times estimated.

Hedges said the authority has made "great progress" in its land acquisitions. But about half of the remaining parcels across the Central Valley will have to be condemned, he said, requiring a slow legal process.