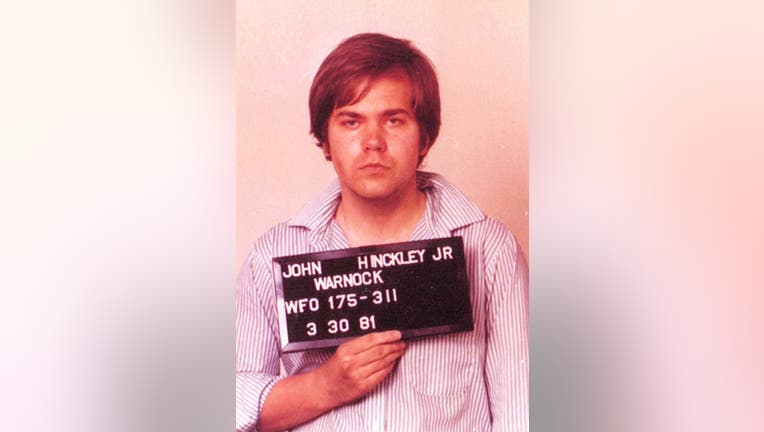 John Hinckley, who shot President Ronald Reagan in 1981, is "no longer a danger to himself or others" and will be freed from all restrictions this month, a federal judge said Wednesday, capping Hinckley’s four-decade journey through the legal and mental health systems.

U.S. District Court Judge Paul L. Friedman said in September that he would free Hinckley from all remaining restrictions on June 15 as long as Hinckley continued to do well living in the community in Virginia as he has for years. At a hearing Wednesday in Washington which Hinckley did not attend, Friedman noted Hinckley has continued to do well, and the judge made no changes to his plans for full freedom from court oversight.

"He's been scrutinized. He's passed every test. He's no longer a danger to himself or others," Friedman said at a hearing that lasted about an hour. Friedman devoted much of the hearing to talking about the "long road" of the case, which he was randomly assigned two decades ago, the third judge to be involved in the case.

He noted that Hinckley, who turned 67 on Sunday, was profoundly troubled when he shot Reagan but that he had been able to get mental health help. Hinckley has shown no signs of active mental illness since the mid-1980s, the judge noted Wednesday, and has exhibited no violent behavior or interest in weapons.

Hinckley was confined to a mental hospital in Washington for more than two decades after a jury found him not guilty by reason of insanity in shooting Reagan. Starting in 2003 Friedman began allowing Hinckley to spend longer and longer stretches in the community with requirements like attending therapy and restrictions on where he can travel. He's been living full-time in Virginia since 2016, though still under restrictions.

Some of those include: allowing officials access to his electronic devices, email and online accounts; being barred from traveling to places where he knows there will be someone protected by the Secret Service, and giving three days’ notice if he wants to travel more than 75 miles (120 kilometers) from his home in Virginia.

Prosecutors had previously opposed ending restrictions, but they changed their position last year, saying they would agree to Hinckley’s release from conditions if he continued to show mental stability and follow restrictions.

Prosecutor Kacie Weston said in court Wednesday that the government believes the case "has demonstrated the success that can come from a wraparound mental health system." She noted Hinckley has expressed a desire to continue receiving mental health services even after he is no longer required to do so, and said the government wishes "him success for both his sake as well as the safety of the community."

Hinckley's longtime lawyer, Barry Levine, said the case had "started with a troubled young man who inflicted great harm" and but that, in the end: "I think we have salvaged a life."

"John worked hard. He wanted to correct something that he was unable to erase, and this is the best outcome that one could imagine," Levine said after the hearing, adding that "His regrets will always be with him with respect to the families of those he injured."

Levine said his client hopes to pursue a career in music and has "real talent." In July, Hinckley — who plays guitar and sings and has shared his music on a YouTube channel — plans to give a concert in Brooklyn, New York. Appearances in Connecticut and Chicago for what he has called the "John Hinckley Redemption Tour" have been canceled.

Reagan recovered from the March 30, 1981, shooting, but his press secretary, James Brady, who died in 2014, was partially paralyzed as a result. Secret Service agent Timothy McCarthy and Washington police officer Thomas Delahanty were also wounded. Reagan died in 2004.

In the 2000s, Hinckley began, with the judge's approval, making visits to his parents’ home in Williamsburg, Virginia. His father died in 2008, but in 2016 he was given permission to live with his mother full time. Still, he was required to attend individual and group therapy sessions, was barred from talking to the media and could only travel within a limited area. Secret Service would also periodically follow him.

Hinckley's mother died in 2021. He has since moved out of her home. In recent years, Hinckley has made money by selling items at an antique mall and by selling books online.

Hinckley has said on his YouTube channel that he has started a record label, Emporia Records, and that his first release will be a 14-song CD of his music. He also promotes his music on Twitter.