The shutdown of a South Los Angeles charter school got heated Monday as attorneys, parents and board members got involved.

LOS ANGELES - Parents and students at a charter school in South Los Angeles are left with more questions than answers after they showed up for school Monday.

"I like it here. I don’t like big schools" said Ian Torres who is in the fifth grade.

On the morning of Sept. 13, parents rushed to the Public Policy Charter School in South LA's Exposition Park neighborhood after getting frantic calls from their kids. The students were told there would be no class that day.

"My daughter did call me while I was at work and informed me that some people, she didn’t specify if it was staff or the board or anybody. She just said ‘some people came in cursing at us and they pushed and shoved two kids’," said parent Tina Trujillo.

According to witnesses, things continued to escalate from there.

After receiving a tip, SkyFOX flew overhead as the gathering grew. The situation only turned more confusing when a robocall randomly went out to concerned parents. 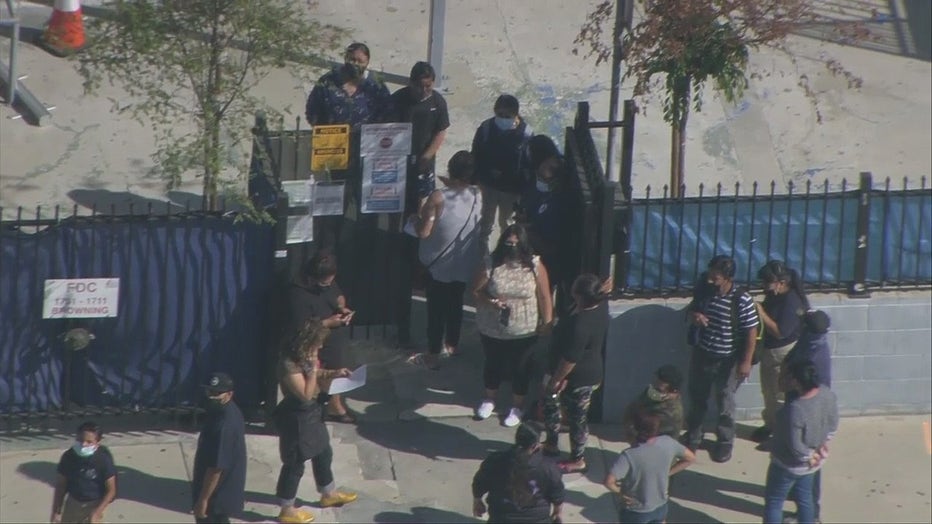 "I received a recording from the school prior to my daughter calling me stating to ‘come pick up your child,’" Trujillo said.

A spokeswoman for the charter school told FOX 11’s Laura Diaz the school is being closed Oct. 1 due to declining enrollment.

The school has 54 students in grades 5-8 and the school serves as a lifeline to the children of the working class. 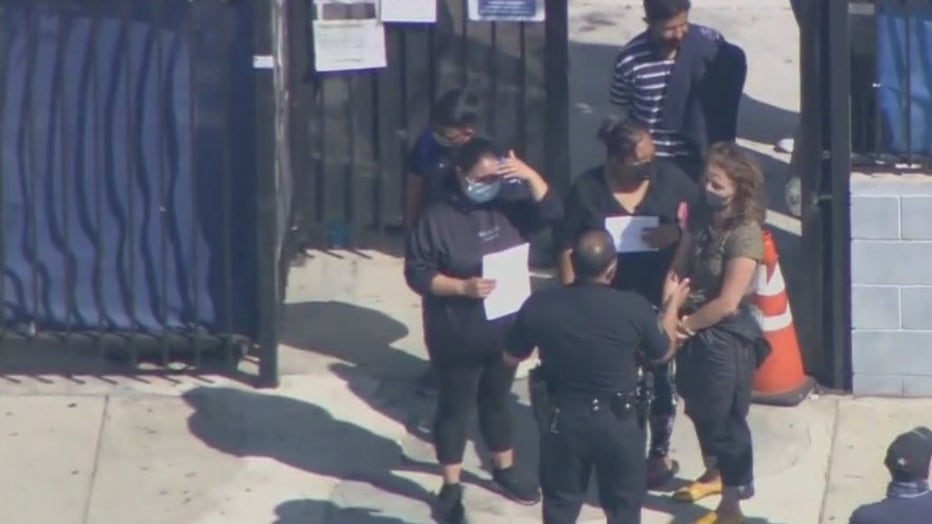 To make matters worse, police were called following reports of a scuffle between kids and an adult. No arrests were made after the alleged incident.

"Our families are extremely intelligent," said lead teacher Rich Burris. "They are engaged in our school. They know what’s going on and they’re not going to sit by."

The Los Angeles Police Department investigated and said no one was injured.

Diaz also reached out to board members and so far, has not heard back.